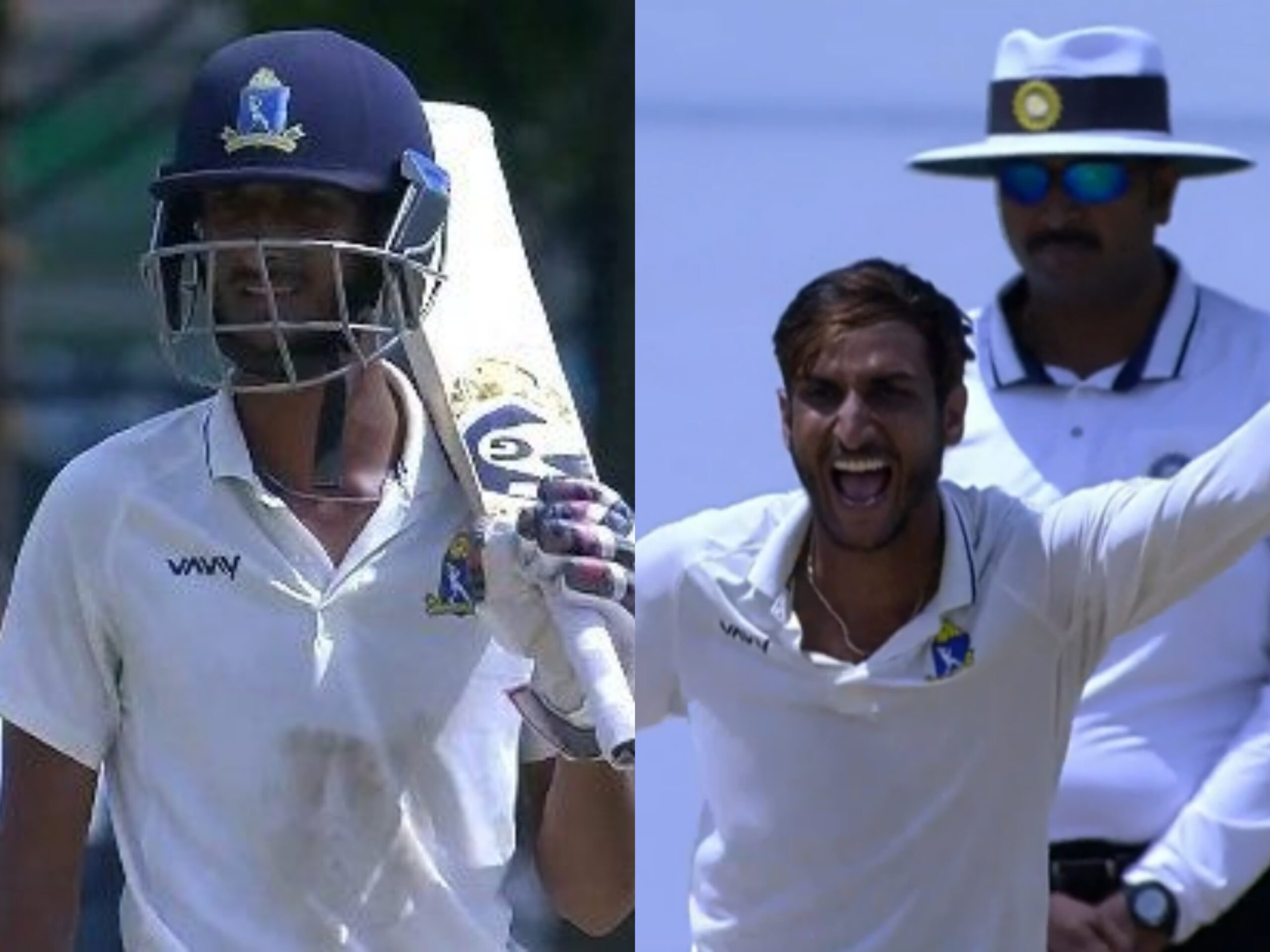 Shahbaz Ahmed has been on absolute fire for Bengal in the Ranji Trophy semi-finals, and in supreme form throughout the knockouts. Today he took a five-for against Madhya Pradesh, and was instrumental in bowling them out for 281. In the first innings, he scored a sublime hundred that rescued Bengal from the depths of despair at 54-5. Now, Bengal are currently batting at 90-4, in pursuit of 350 with one day remaining.

In the last 35 years, Shahbaz Ahmed is only the 2nd player to score a 100 and take a 5-fer in Ranji Trophy for Bengal.

Shahbaz is the first player for Bengal in 35 years to take a five-for and score a hundred in the same match, and only the fifth in state’s history. Before him, the other players who managed to achieve the feat were SK Giridhari, Prakash Bhandari, Pranab Nandi, and former India captain Sourav Ganguly.

In Bengal’s first innings, he stitched together a 148-run stand alongside Manoj Tiwary to pull Bengal back from the brink at 54-5. He scored 116, while Tiwary made 102. The two single-handedly led their side a fighting total of 256, saving them from humiliation and being knocked out of the tournament.

In MP’s second innings, he put a stop to the rampaging Rajat Patidar (79) by trapping him in front. Akshat Raghuwanshi was bowled, while Saransh Jain was caught at cover. Puneet Datey  was also trapped in front, while Shahbaz took the catch of Kumar Kartikeya off his own bowling.

Also read: Rishabh Pant blames Pujara for missing a hundred in the SCG Test of 2021

‘If he hadn’t said anything, I would’ve got a 100’ – Rishabh Pant admits to being furious with Pujara during SCG Test in 2020-21
England break record for highest ODI of all time, score 498 against Netherlands