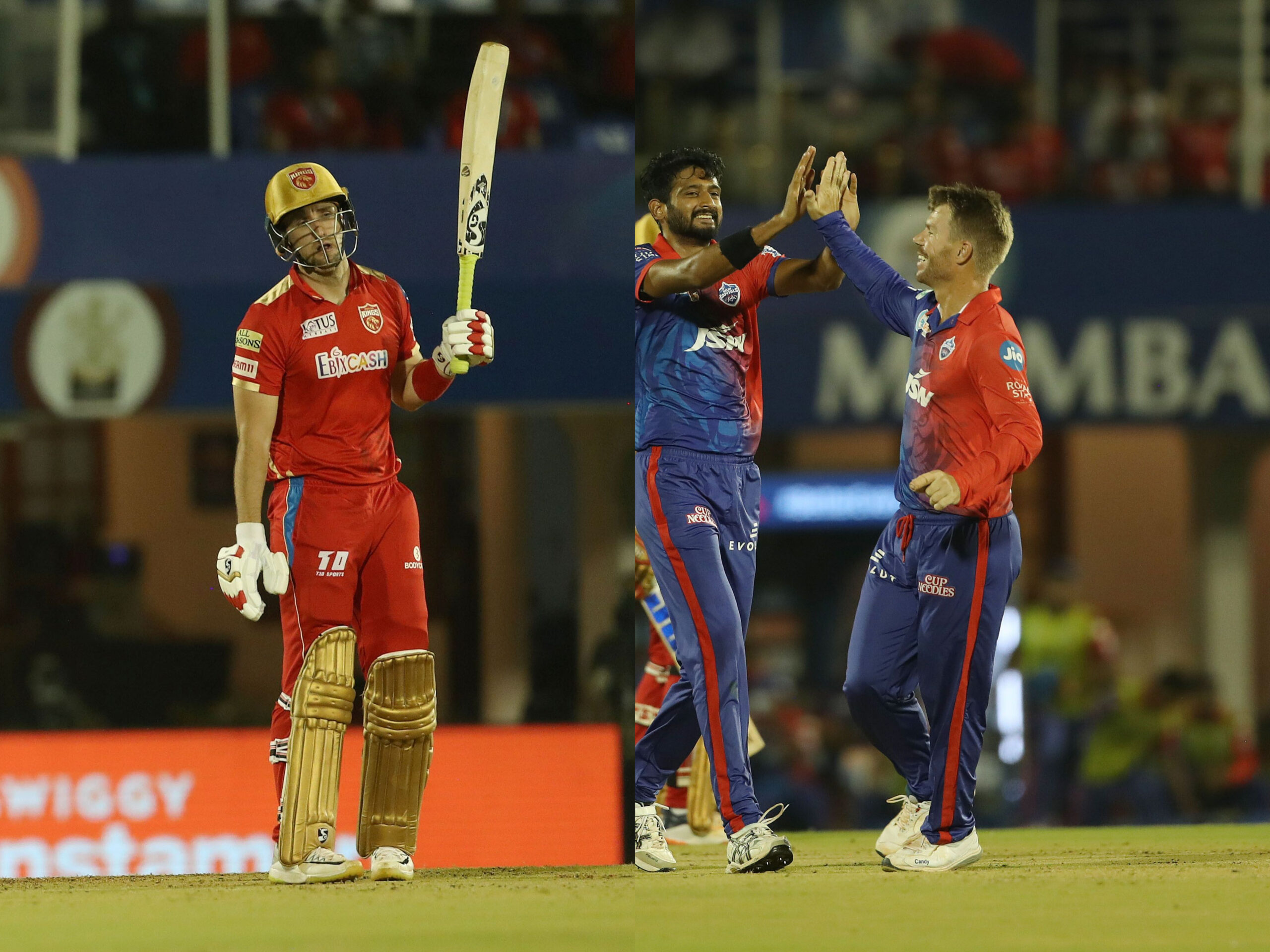 Punjab Kings had a difficult batting outing against Delhi Capitals at the Brabourne Stadium on Wednesday. PBKS capitulated for 115 all out,  the lowest score of the IPL 2022 so far, losing their last wicket on the final ball of the innings. The match was held at Brabourne instead of the Pune as scheduled because of multiple COVID-19 cases within the DC ranks.

Still, despite two of their players being unavailable for selection – Mitchell Marsh and Tim Seifert – DC managed to come out on top. Before the start of this game, PBKS and DC were at seventh and eighth position on the table respectively. They’re both coming off losses from their previous games, Punjab at the hands of SRH after another poor batting display and Delhi were countered by a rampaging RCB side. A convincing win for either team would see them moving in to the top four, but Punjab didn’t bat like a team that deserves to be in the top four.

PBKS lost four wickets in four successive overs, each to a different bowler, to land themselves in a real soup at 57-4 at end of the seventh over. Both PBKS openers, Shikhar Dhawan and Mayank Agarwal, as well Liam Livingstone fell within the powerplay to Lalit Yadav, Mustafizur Rahman and Axar Patel respectively. Mayank made another fluent start but couldn’t carry on past 24. Jonny Bairstow fell for another low score, dismissed by Khaleel Ahmed right after the powerplay.

Jitesh Sharma top scored for Punjab with 32 from 23 balls. He and Shahrukh Khan made an attempt at a partnership, adding 31 (33) for the fifth wicket. But after Jitesh fell lbw to Axar Patel, none of the other batters could carry on after that. Aside from Mayank and Jitesh, the next highest contribtion from the other batters was 12. Eight batters failed to score double digits.

PBKS fans on Twitter were frustrated with the team’s batting failure.

Shahrukh making sure PBKS never bids for him again 🤣🤣🤣

PBKS are so funny.

Shikhar Dhawan is the most crucial batsman in PBKS lineup, no other batsman in that team has ability to bat 15,16 overs alone. His failures barring one game is holding back PBKS.

Bhanuka Rajapaksa was ensuring Punjab got to 70/2. Bairstow is horribly out of form. Not keeping wickets either. Time to go back to what was working. #PBKS #IPL2022

Bro this PBKS plays IPL only to beat RCB 😂😂