‘Shame on you RCB, bringing down IPL ratings’ – RCB trolled on Twitter after 68 all out 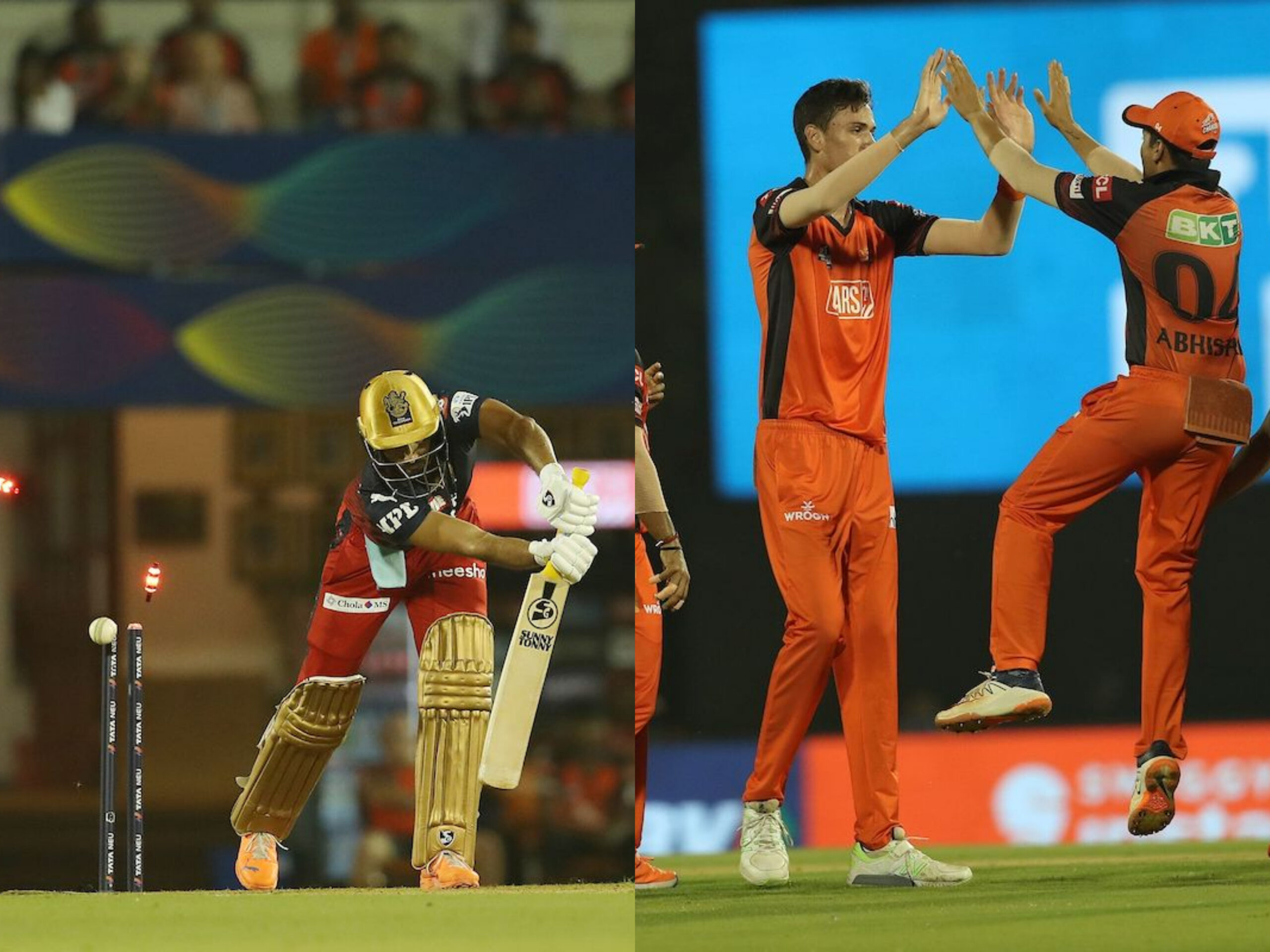 Royal Challengers Bangalore hit a new low today after they succumbed to 68 all out against the Sunrisers Hyderabad. Out of the 10 lowest scores in the history of IPL, RCB has been responsible for four of them. The 68 ignominy, which  has occurred exactly five years after they folded for 49 against Kolkata Knight Riders, their lowest ever.

RCB’s top order has looked scratchy for a while, and losing four wickets for under 65 runs was starting to be accepted by fans as their new normal. Still, in most of their games so far their big gun players Glenn Maxwell and Dinesh Karthik have been able to bail them out of sticky situations. It wasn’t the case today.

After being sent in to bat, RCB lost three wickets in the second over of their innings. Marco Jansen ripped through their top-order like a knife through a satin sheet. Faf du Plessis has struggled for consistency this season, after big things were expected from him after his match-winning 96 in the previous game. But today he couldn’t last more than seven balls; he had his off stump uprooted by Jansen after he failed to read the line of a straight delivery that arrived after an inswinger.

Virat Kohli was the next victim, and was done in by a length delivery angled across the stumps. He was pouched by Aiden Markram at second slip and had to go, completing his second golden duck in consecutive games. Glenn Maxwell kept out the hattrick ball, but Anuj Rawat was the next in line. He edged Jansen to first slip on the last ball of the over, and RCB were three down with only eight on the board.

Glenn Maxwell was the next on the list. He hit a couple of fours, but was dismissed by Natarajan after making 12(11). Prabhudessai and Shahbaz Ahmad, who have been revelations for RCB this season, put on the highest partnership of RCB’s innings – an underwhelming 25 off 27 balls.

But Prabhudessai was stumped by Jagadeesha Suchith in the ninth over, and Dinesh Karthik, RCB’s saviour this season,edged one to the keeper to depart for a duck in the same over. At 47 for 6, it was curtains for RCB. Shahbaz was cleaned up by Umran Malik in the next over, and after that it was a steady progression of red back to the dugout.

SRH opener Abhishek Sharma made quick work of the target 68, his 47 off 28 already contributing to more than half the score (and the same as RCB’s top six). Marco Jansen was awarded player of the match for his 3-25, all three falling in the second over of the game to leave RCB beyond redemption.

If RCB are looking for inspiration, Namibia Women comfortably defended 68 in a T20I earlier today#IPL2022 https://t.co/7cz67ugNcs

RCB lost their winning momentum today because of how shocked Faf looked after getting out.

The NRR of RCB will be affected so much after today's loss that it will cost them the Top-2 spots if they qualify for the playoffs. It's always SRH that hurts. 💔

‘From having the world at his feet, he lost captaincy and now form’ – Twitter heartbroken after Virat Kohli’s second golden duck
‘One man standing tall amongst ruins’ – KL Rahul hailed on Twitter after second IPL century