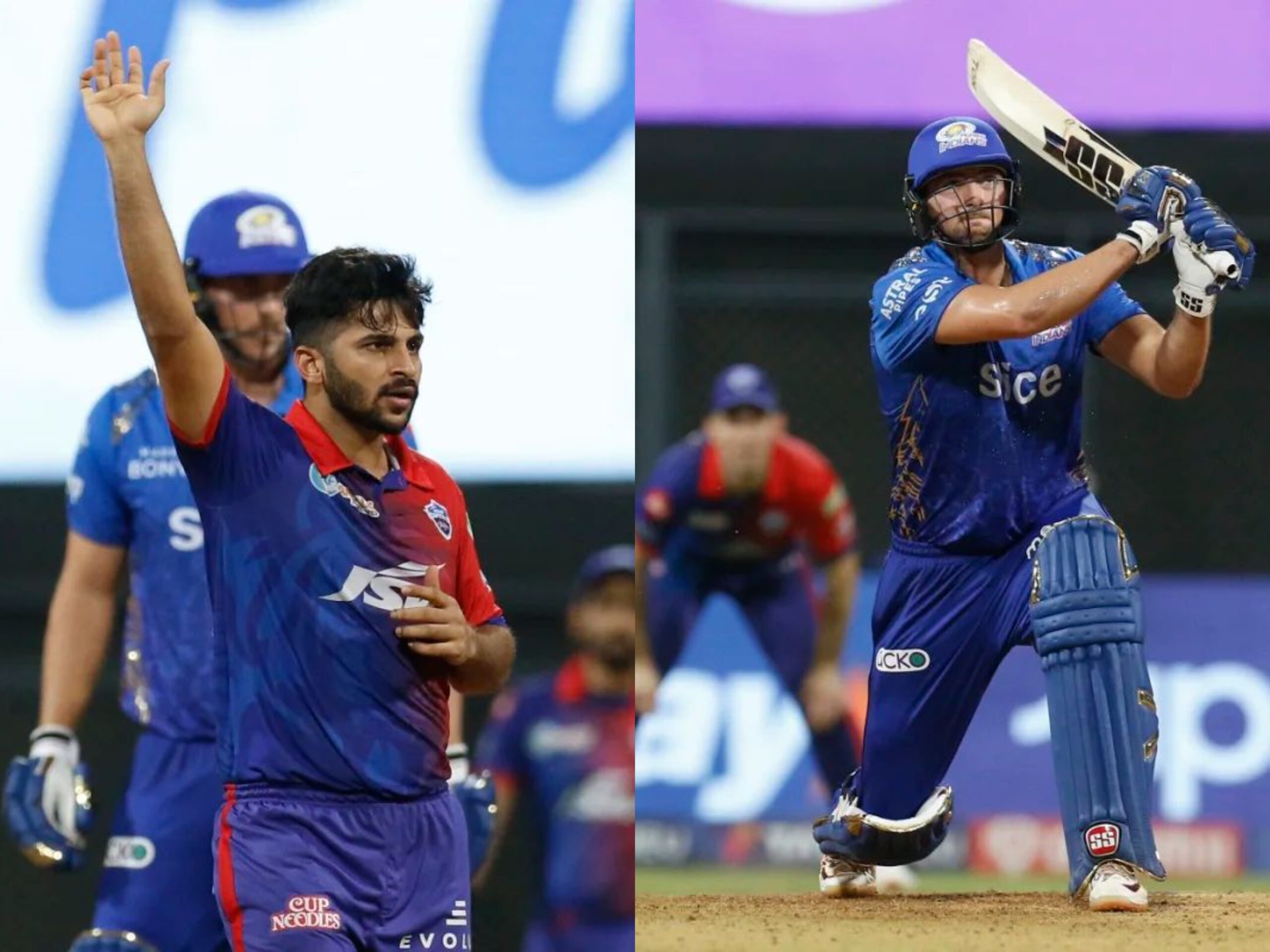 Shardul Thakur had an off day for the Delhi Capitals, going for 32 from his three overs in their match against Mumbai on Saturday, the last fixture of the season for both teams. He also picked up two wickets, but by then the game was well beyond DC’s reach and his sloppy fielding didn’t help their cause either. their playoff hopes were crushed as Mumbai stumbled to a five-wicket win with three balls remaining.

Shardul was introduced in the powerplay, and his first over went for 8 runs with Ishan Kishan pulling hard at a short ball, and the top edge going for six. He was reintroduced in the 15th over and took the wicket of 19-year-old Dewald Brevis who’d played an important innings, scoring 37 from 34. A full toss outside off had Brevis trying to drive, and a bottom edge took out his stumps.

Brevis’ wicket brought Tim David to the crease. Next ball, David got an edge off a full-length delivery, snapped up by Rishabh Pant, but was given not-out. After long discussion they decided not to review, but soon after Ultra-edge replays revealed there was indeed a sizeable nick. David was saved, and proceeded to plunder 34 runs off the next nine balls he faced.

it was curtains for Delhi from that point on. Shardul changed ends and returned in the 18th over, and was smashed for two sixes for the man whose wicket he should’ve had on the first ball he faced. His over went for 15 runs, and reduced MI’s equation to 14 off the last two overs.

Shardul Thakur gets a wicket with a full toss on leg stump.

Shardul didn't watch the last game. He didn't know what would happen if he misses Yorkers against David

They showed three instances to show that Delhi has been sloppy in the field today. Shardul was the fielder on all three occasions.

Shardul and his way of getting wickets

Man of the match for RCB.

The man has always stepped up for Virat's team.

‘Whenever Kohli wants, Jasprit Bumrah takes wickets’ – Twitter reacts to pacer’s fiery spell against DC
‘Looked like a bundle of nerves in yet another crunch game’ – Rishabh Pant in Twitter’s bad books as DC crash out