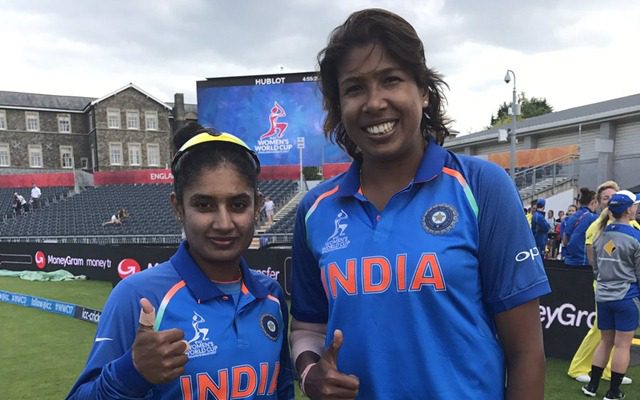 Veteran fast bowler Jhulan Goswami reckoned it’s only a matter of time before Mithali Raj finds her rhythm with the bat. Mithali came into the Women’s World Cup 2022 on the back of three half-centuries in the five-match ODI series against Sophie Devine’s New Zealand. But in the mega event, she hasn’t quite put in a strong showing while batting at either No.3 of No.4.

In four matches, the 39-year-old Mithali Raj has scored 46 runs at an average of 11.50 with three single-figure scores to her name. Her top score of 31 came against the White Ferns at the Seddon Park in Hamilton. Goswami, the highest wicket-taker in WODIs, said the right-handed batter is one big knock away from striking form.

On Wednesday, March 16, India slumped to their second defeat in the World Cup and are currently hanging in the middle of the points table. Heather Knight’s England defeated them by four wickets after bowling the Women in Blue out for a paltry score of 134.

Barring Smriti Mandhana and Richa Ghosh, who both scored 30s, the other batters failed to put up a fight. 21-year-old off-spinner Charlotte Dean picked up a four-wicket haul and broke the backbone of the Indian batting lineup. England lost six wickets, but chased down the target in 31.2 overs.

It also happened to be England’s maiden win in the tournament after three losses on the trot. Goswami admitted that India failed to reach a score of 240-250, which is par at the Bay Oval in Mount Maunganui.

India are next set to lock horns with Meg Lanning’s Australia on Saturday, March 19 at the Eden Park in Auckland. The Aussies are the current table-toppers with victories in all four of their matches.