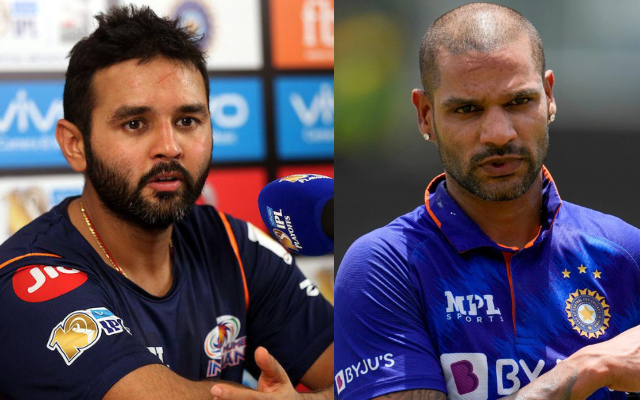 Former Indian cricketer Parthiv Patel believes that India’s opener Shikhar Dhawan has performed an unappreciated and thankless job as India’s stand-in captain whenever it has been necessary. Dhawan led India as captain on their tour of Sri Lanka the year before, as well as during their one-day international series against the West Indies earlier this month.

In both instances, Patel emphasized how the majority of the older players were given the day off, and how Dhawan had to collaborate with younger players who were eager to show the selectors what they were made of. The 37-year-old believes that the most significant benefit that Dhawan’s leadership has brought has been the manner in which he has encouraged the younger players to express themselves by allowing them the autonomy to make their own choices.

What did Parthiv Patel say about Shikhar Dhawan?

The following is what Parthiv Patel had to say regarding Dhawan’s job as captain when he discussed it in a video that was uploaded to his YouTube account on Saturday:

“Shikhar Dhawan is known for his laid-back approach to leadership, during which he doesn’t buckle under excessive strain and works to keep the mood inside the squad upbeat. He certainly supports his team members, but what’s more essential is that he provides them with room to carry out their own strategies. This is of the utmost importance since it is hard to lead a team when the key players have been given a break. Dhawan has done a fantastic job of instilling confidence in the peripheral players by demonstrating his ability to successfully execute their talents.”

In 2015 and 2017, Parthiv Pate, who was part of the Mumbai Indians’ victory in the Indian Premier League (IPL), has a lot of good memories from his time playing for the team when Rohit Sharma was the captain. He brought up the fact that Rohit continues to have faith in his players even when they haven’t played up to their full ability.