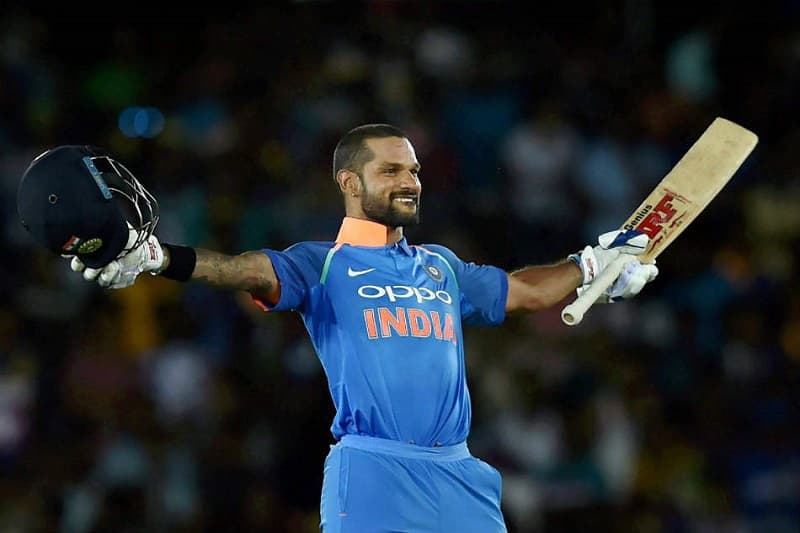 Shikhar Dhawan is a professional cricket player representing team India in international cricket. He is a left-handed opening batter who has represented the country across formats, and continues to play ODIs. He can also bowl right-arm offspin, though he has had few opportunities to bowl across his career. 36-year-old Dhawan made his debut in 2010, and since then has gone on to play over 250 matches for his country across formats.

Shikhar Dhawan’s net worth in 2022 is $14 million, equivalent to Rs. 105 crore. In 2021, he was worth around INR 95 crores. This year, he earned a Grade C contract from the BCCI which fetches him a remuneration of 1 crore per year. This is in addition to his earning from match fees, IPL, and brand endorsements.

Affectionately dubbed ‘Gabbar’ by fans, Dhawan’s cheerful persona and swashbuckling batting style has made him a public favourite. Apart from his aggressive batting, he’s also gained popularity for busting out dance moves both on and off the field, and his trademark kabbadi-style celebration when wickets fall. All of these things have earned him high brand value. Recently, he was awarded the responsibility of captaining the ODI team on their of the West Indies, and scored a sparkling 97 to lead his side to a win in their first game.

Shikhar Dhawan’s new worth in 2022 is approximated to be around $14 million USD, or  105 crores INR. His yearly income is in excess of 10 crores, if you factor in his endorsements as well. The yearly salary includes the 8.25 crore bid he received from Punjab Kings at the IPL mega auction this year, as well as his Grade C contract with the BCCI that fetches him 1 crore. He also earns Rs. 6 lakhs in match fees for ODIs. His net worth has risen by almost 10% from last year.

Mr. Shikhar Dhawan net worth last year was estimated to be 13 Million USD, equal to 96 crores. In the past years, his net worth was just 70 Crores INR. But his recent performances increased his earnings and net worth by up to 25%.

Dhavan is one of the highest paid batters in India. In 2021 he was contracted under Grade A by the BCCI, pocketing INR 5 crore annually. In addition, he was yearly salary from the Delhi Capitals amounted to 5.2 crores. He also earns additionally through advertisements, social media and brand endorsements.

What are Shikhar Dhawan’s Endorsements?

Shikhar Dhawan was downgraded from a Grade A to Grade C contract by the BCCI on 2022, cutting his retainer fee down from 5 crores to 1 crore. He is still a popular cricketer and fan favourite, and is currently endorsed by the following brands:

Where is Shikhar Dhawan’s House? How many Cars does he own?

In 202, Shikhar Dhawan split from his wife Ayesha Mukherjee. They were together for a decade following their marriage in 2012. Dhawan has invested in several real estate properties in the country. He purchased a four-bedroom luxury mansion in Australia in 2015 for $730,000, complete with pool and en-suite spa. Dhawan and his now ex-wife sold the property for $935,000 in 2019. Dhawan currently resides in a luxury designer house in Delhi, reportedly valued at over INR 5 crore.

Dhawan has also acquired an expansive collection of luxury automobiles. In 2021, he purchased the BMW M8 Coupe, currently priced at Rs 2.23 crore in India. He also owns an Audi A which is valued at Rs 65.99 lakh, and a Mercedes GL350 CDI that cost him around Rs 80 lakhs. The prize of his collection is his Land Rover Range Rover Sport. By market price, the Range Rover is valued at over 2.5 crores.

‘And For India, He Takes 175 Balls To Score 50, And Gets Out’-Fans React As Cheteshwar Pujara Notches Up 3rd Double Century In This County Season For Sussex
Suryakumar Yadav Net Worth 2022, IPL Salary, Central Contract, Personal life, All You Need To Know