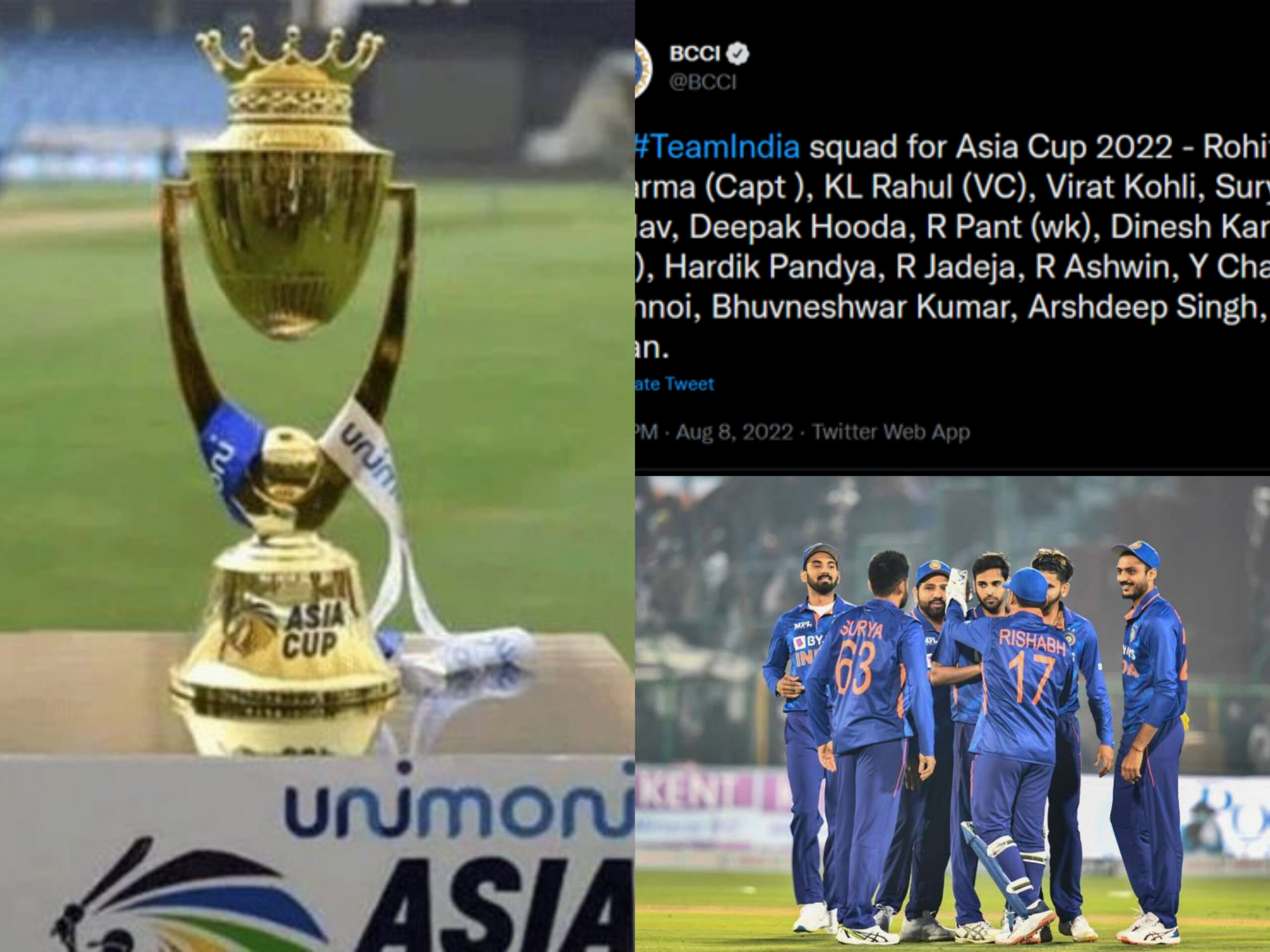 The BCCI has announced the 15-member squad that will play the Asia Cup, with three players slotted in as backup. KL Rahul makes a return to international cricket after a long break from injury, while Jasprit Bumrah misses out with a back injury. The Asia Cup will take begin on August 27 and the final will take place on September 11.

Rohit Sharma returns to lead after being rested for the West Indies tour, and KL Rahul has been named as his deputy. Virat Kohli, who also missed out the West Indies series, will resume his place in the eleven. Suryakumar Yadav, who’s currently in the form of his life, will slot into the middle order.

Shreyas Iyer, Axar Patel and Deepak Chahar are the three players who have been named on standby. Shreyas Iyer’s coming off a string of poor scores in the West Indies and England, with Deepak Hooda receiving the nod ahead of him. Hooda recently scored his maiden T20I century against Ireland, in what was only his fourth T20I innings.

Rishabh Pant and Dinesh Karthik are the two wicketkeepers named. Sanju Samson has also been keeping wickets and has racked up some decent scores in the past couple of months, and was unlucky to miss out.

Hardik Pandya and Ravindra Jadeja are the two all-rounders named. R Ashwin, Yuzvendra Chahal and Ravi Bishnoi make up the spin department. Jasprit Bumrah and Harshal Patel will both miss the Asia Cup due to injuries, so Bhuvneshwar Kumar will spearhead the pace attack, backed up by Arshdeep Singh and Avesh Khan.

So we have a very clear idea of what the team for the #icct20worldcup will be. Bumrah will come in for one of the spinners for whom the #AsiaCup will be an audition. And they will look closely at Chahar in Zimbabwe for the 4th pacer's slot

Asia Cup team selection shows how calm and composed Rohit and Dravid has been. Bumrah & Harshal injured, still no panic button, no random selections. Selection among same boys which are around in setup in last 10 months. Shows security in setup. Quite impressive. @ImRo45 pic.twitter.com/vDjkDDODq2

No Thakur. No Shami. Despite Bumrah's injury. That is the best news about that Asia Cup squad. Learnt well from the disaster last year.

And honestly, Shreyas can't complain because he got his chances ahead of Hooda vs SA, one T20 against ENG (Shreyas wasn't in the squad for the 1st T20I), and vs WI too. The only way Shreyas is going to become a first https://t.co/F65Keg5tHC

Had a look at Asia Cup squad again, I think Deepak Hooda has been selected to plug multiple holes.

Won't start in the playing 11, but can be the backup opener, backup finisher to DK, backup batting all-rounder to Jadeja.

Utility players always fill the last spots of the squad!