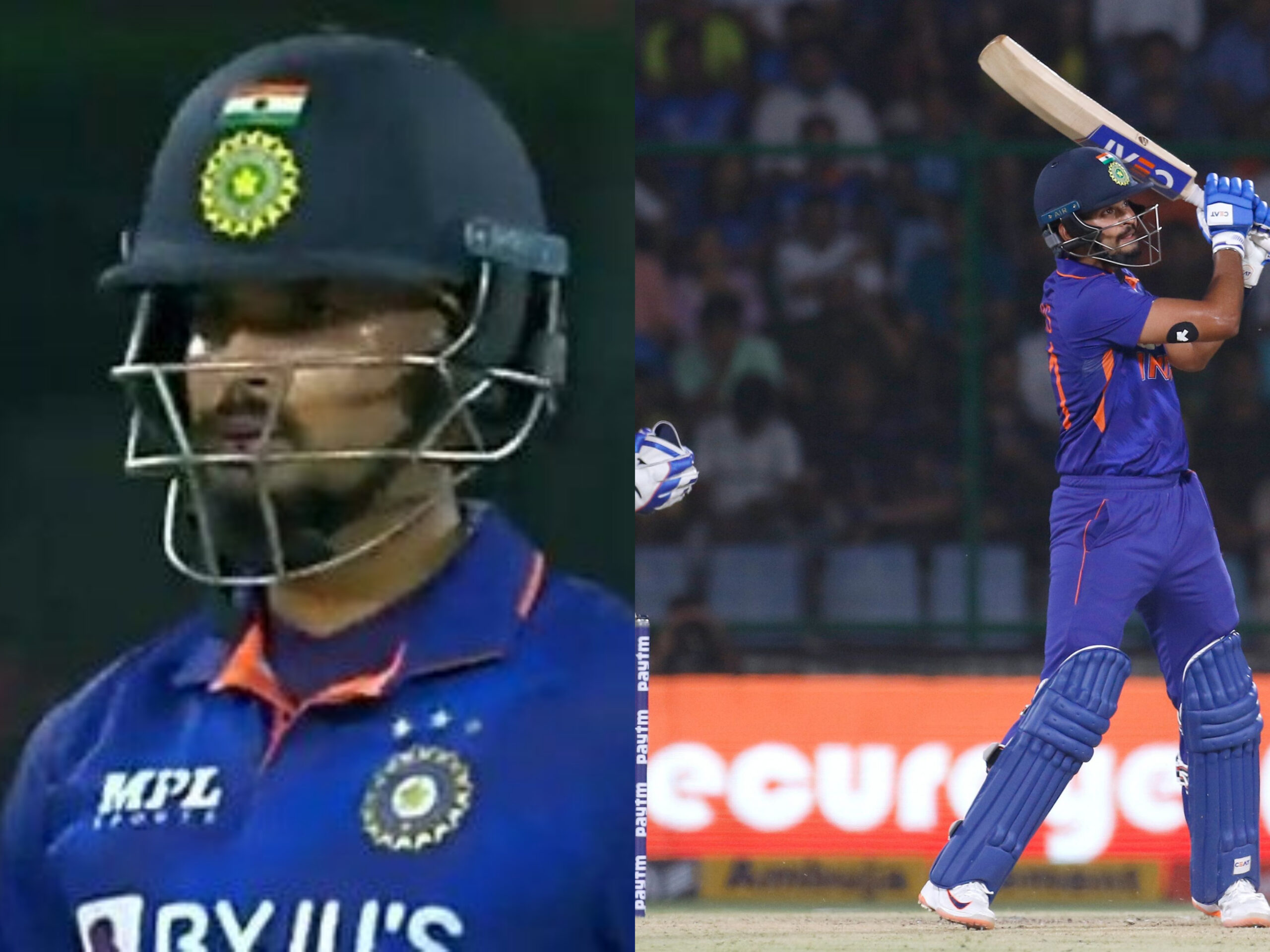 Shreyas Iyer was in phenomenal form, taking the attack to South Africa in the first T20I of the Paytmn series at Arun Jaitley Stadium, Delhi. He scored 36 off 24 balls as India dominated with the bat, scoring 195 in their twenty overs. Though he slowed down toward the end of the innings, he still went hard at the start, specifically going after SA’s legspinner Tabraiz Shamsi.

Starts off with a second-ball six here. Showed good intent in the IPL too this time. #INDvsSA

Iyer showed intent from the moment he arrived to bat in the seventh over. He came in to bat at three after Ruturaj Gaikwad fell for a well-made 24 off 15, and Iyer picked up right where he left off. On only the second ball he faced, he raced down the pitch and slammed Tabraiz Shamsi for a six that sailed over long-on.

Iyer then continued to brutalize Shamsi even in his next over, smashing another two sixes in an over that leaked for 15 runs. He meted out destruction with his trademark graceful skip down the pitch, and belted Shamsi over long-on twice more.

By then he had struck three sixes off a single bowler, all to the same part of the ground, and raced to 24 off 10 balls.

His fans on Twitter were highly impressed with the intent he produced in the first part of innings, though it did raise some questions when he slowed down toward the latter part of the innings.

This knock by Shreyas Iyer has already left a good impact in this game. That's why I always say Impact knock of 30-40 runs in 20-22 balls are really important in T20 games. India should select these intent merchants in T20s.

You can imagine the strength of this indian team where a player like Shreyas Iyer doesn't have a permanent spot in the team in T20Is. #INDvsSA