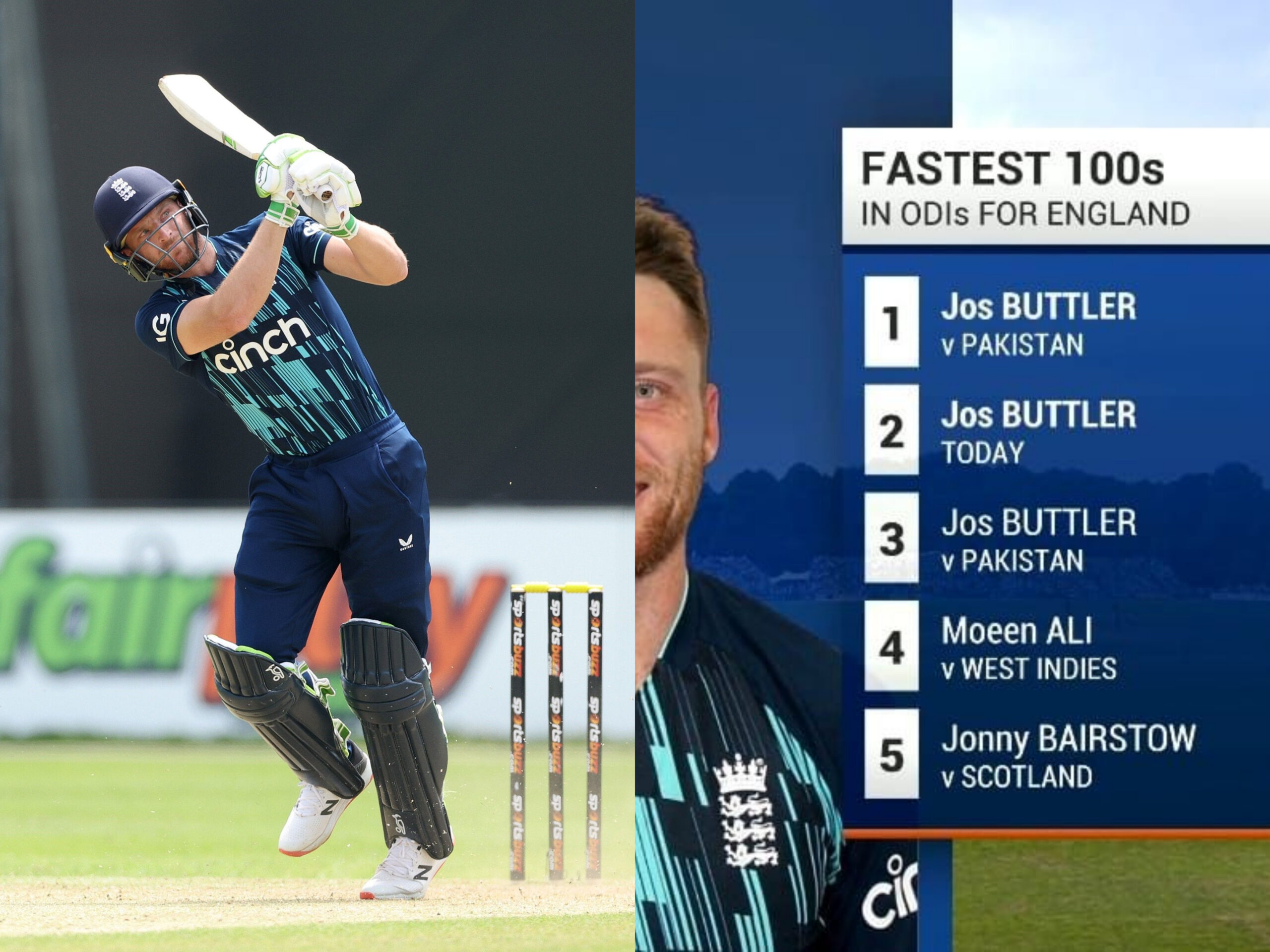 Jos Buttler has scored an unbelievable hundred in the first ODI between England and Ireland. He bashed an unbeaten 162 off 70 balls and reached his hundred off 47 balls – the second fastest hundred by any England batter. He struck seven fours and an absurd 14 sixes at a strike-rate of – wait for it – 231. England have scored a first innings total of 498, breaking their own record for the highest ODI score of all time.

Buttler arrived at the crease in the 30th over, after the dismissal of Phil Salt who also made a brilliant century hitting 122 off 93 balls. England haed already score 218 and were batting at a run-rate of 7.5. There were 20 overs left in the game, and Buttler was up for challenge of batting like he was opening a T20 game. He thrashed three sixes in an over off Pieter Seelaar, then not long after meted out the same treatment to Aryan Dutt, except this time it was three consecutive ones. Both overs went for 21 and 22 runs respectively.

Thank’s to Buttler’s mania, England added an astonishing 280 runs in the last twenty overs. That’s right, that’s an over-rate of 14. It’s also more than the highest T20 total ever recorded, 278 by Afghanistan against Ireland.

This is Buttler’s 10th ODI hundred. He has 4034 runs in the format and averages 40, with a strike-rate of 121. He’s just coming off a superb IPL where he won the Orange Cap, and hit four hundreds.

someone needs to tell Buttler that the IPL is over #NEDvsENG

According to the Kookaburra website, an international white hall costs £120.

By my count Jos Buttler has sent 9 out of the ground never to be seen again.

That’s over £1,000 worth of cricket balls 😳#bbccricket

Buttler & Livingstone are batting like they've not got over the Netherlands nicking the HMS Royal Charles from the Medway in 1667.

no amount of money in the world would get to me to bowl at jos buttler. my ego is fragile enough, thank you very much x

‘Arsenal getting their own Bernardo Silva’ – Twitter reacts to Arsenal’s wonderkid
‘No spin, no party for Iyer’ – Twitter reactions to Shreyas Iyer failure in the 4th T20I against SA