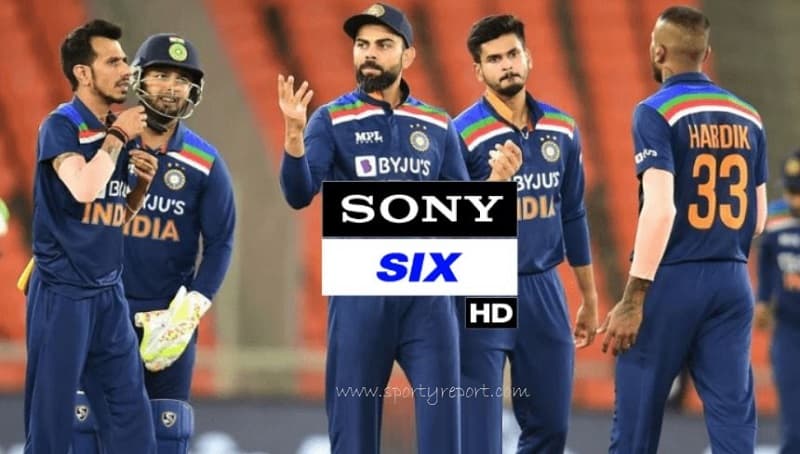 How to Watch India Vs England on Sony Six Live Streaming? : Rates And Packs

Sony ESPN lives cricket channel and Sony ESPN HD is part of Sony Pictures Network and the official streaming partner of the channel is SonyLiv. You can access SonyLiv via their official website www.sonyliv.com or through their app, just download the SonyLiv app (Android or iOS) from the Apple store or Google play store.

LIV Special: The subscription plan for SonyLIV SPL is priced at Rs. 199 per year. It gives you benefits such as KBC Play along with gold, TV shows, and series but you won’t be able to live streaming sports. LIV Special plan is available with 7 days free trial.

LIV Special +: Sony LIV Special+ Subscription plan is priced at Rs. 399 per year and offers all the benefits of the LIV Special with an ad-free experience. You can stream live streaming for sports. While Sony Liv Premium Pack is also available for 6 Months at Rs 699 and for One Year at Rs 999.

Schedule for India Vs England 2021

India’s tour in England will commence on the 4th of August,2021. The time for all matches is scheduled at 3.30 PM as per IST and 11 AM as per Local.

India women Tour of England 2021 features Test, ODI, and T20 matches which had begun from June 16 and will be followed by the T20 and ODI series. The match coverage is shown by the Sony Six Live Streaming channel, Sony ESPN, and Sony Ten Sony Pictures Sports Network has acquired the broadcasting tv, and digital rights of r, and its channels are the only platform to watch the games. Sony Six HD live cricket stream is available on its on-demand platform SonyLIV website or app.

Here is the list of TV channels for viewing the LIVE Matches with their channel numbers.