‘Sorry England can’t sympathise for long, have to gear up for the gold medal match’ – Twitter reacts as India move to CWG finals 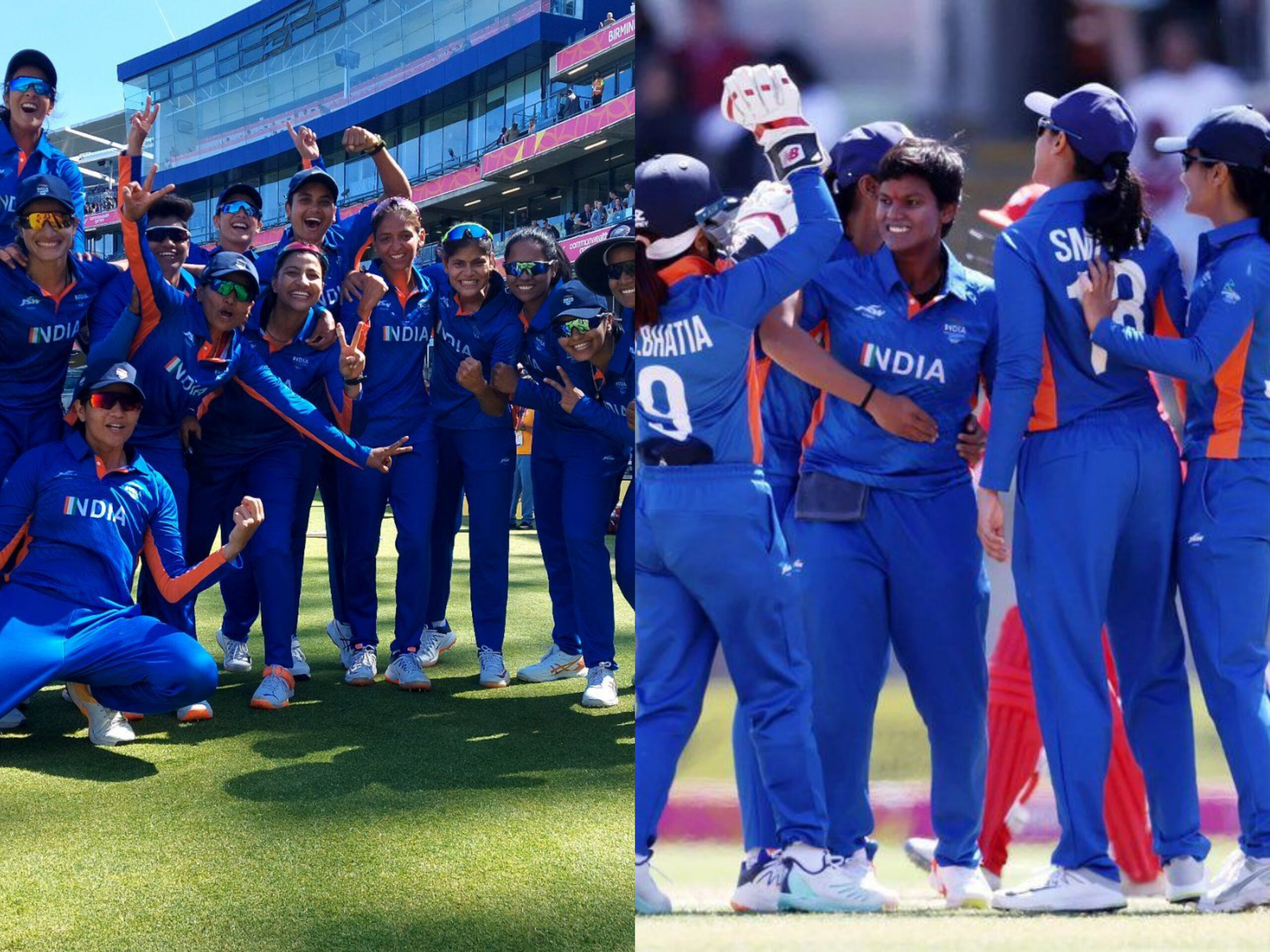 India beat England in the semi-final of the Commonwealth Games, a nail-biter of a game that went down to the last ball. A brilliant death-over spell from Sneh Rana turned the tables on England as they were on the brink of victory, and India scraped through by a 4-run margin. They are now assured of at least a silver medal at the CWG, a historic achievement for the country. India will face either New Zealand or Australia in the final, which will be held on Sunday.

Smriti Mandhana carried on her sparkling form, and led the way in the first innings to top-score with 61 off 32 balls as India posted a total of 164-5. This was her 16th T20I half-century, and her second in the CWG so far. India dominated the powerplay, scoring 64 runs and Smriti brought up her fifty in the sixth over off just 32 balls. The opening stand between her and Shafali Varma brought 74 off 47 balls.

Smriti and Shafali were dismissed in successive overs following the powerplay, and India’s run-rate in the middle overs slowed considerably. But Jemimah Rodrigues knew she had a job to do, and remained at the crease till the end. She struck 44 off 31 balls at a strike-rate of 140, and even smacked three fours off a single over of Nat Sciver in the death. Hers and Smriti’s innings formed the spine of India’s total.

In reply, England looked like they were going to cruise to the total – right up until the last three overs. But India’s sharp fielding saved the day – England lost a three of their top-order to runouts. They managed 58 inside the powerplay, and then a half-century stand by Amy Jones and veteran Nat Sciver looked like they were walking home with an easy victory.

England needed 48 off the last five, and with Jones batting the way she was, it seemed to be a cakewalk. For a mystifying reason Shafali Verma was given the 16th over, and she conceded 15 runs. But Deepti Sharma pulled things back next over, giving away only three runs, and the run-out of Amy Jones followed in the 18th. Rana was given 14 runs to defend in the final over, and she was well up to the task. She conceded just three runs from the first five balls and claimed the wicket of Katherine Brunt for a duck, and set India on course to their first ever CWG final.

Can't use "dropped medal" coz queens are in final already. We move. #ENGvIND

Good luck England for 3rd place match. Sorry can't sympathise for long, have to gear up for the Gold Medal match. Hope you understand. #CWG2022

Defeating England in England. What a win for India. Congratulations and all the best for the finals. Let’s bring the gold home. 👍 pic.twitter.com/FpsZdfvcj7

Brilliant stuff from the Indian Girls. Maza aa gaya. Sneh Rana and Deepti Sharma were brilliant in the last few overs and a spectacular win to beat England in the semifinals. Will be rooting for our girls in the finals tomorrow @BCCIWomen #IndvEng pic.twitter.com/XsjI78XF1u

Congratulations to the entire team @BCCIWomen for making it to the finals. This is such a proud moment for all of us, rooting for you always 🇮🇳 Best wishes to the team! #INDvENG #CWG2022 #TeamIndia pic.twitter.com/VMIyMHq6UA

‘If Salah wins that, media would demand a public trial’ – Twitter reacts to Mitrovic penalty
‘Their former cricketers weren’t effective in persuading them’-Mohammad Kaif talks about the reason behind the Windies players not performing for the National Team