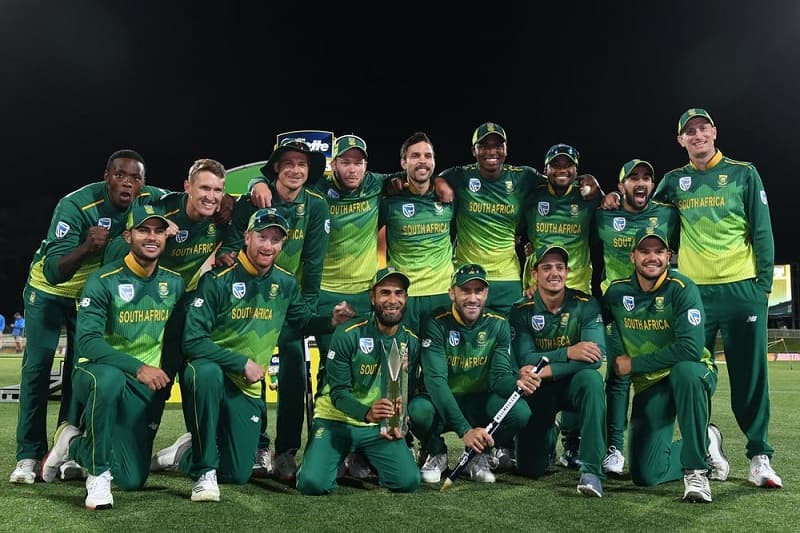 South Africa national cricket team is a full member of the ICC. It plays in all three formats, T20I, ODI’s, and tests. The team is nicknamed Proteas which is derived from the nation’s flower. Check South Africa Cricket Players Salary 2021-22, Central Contract, Rules, Highest Paid Cricketers.

South Africa is of the strongest teams with a heavy record and team squad. CS, Cricket South Africa Board has recently announced a new contract regarding the player’s earnings.

The Proteas have been given a new contract to sign, where only 16 teammates have been offered the New Central Contract. The list below includes the players who will earn according to the formats each one will be playing. So check it out now.

There are 3 salaries or fee structures for the players. Check out the points below to know about the fee structure.

Faf du Plessis, Quinton De Kock, David Miller, and Kagiso Rabada are the Highest paid cricket in South Africa. While these players earn money through many franchise cricket leagues, Brand Promotions, Advertisements, and Central contracts. Quinton de Kock earns a sum of $350,000 since he plays in all the forms. David Miller earns a sum of $200,000 although he plays his form in Test and T20.

Faf du Plessis has retired from the Test series. However, he will b featured in the T20s and One-day Internationals. Therefore, Faf du Plessis was excluded from the Central Contract of South Africa 2021-22. Tabriz Shamsi recently ranked the number One T20I Bowler in ICC Rankings. South African team has two major tournaments in this calendar year- T20 world cup 2021 in India and 2022 T20 World Cup in Australia.