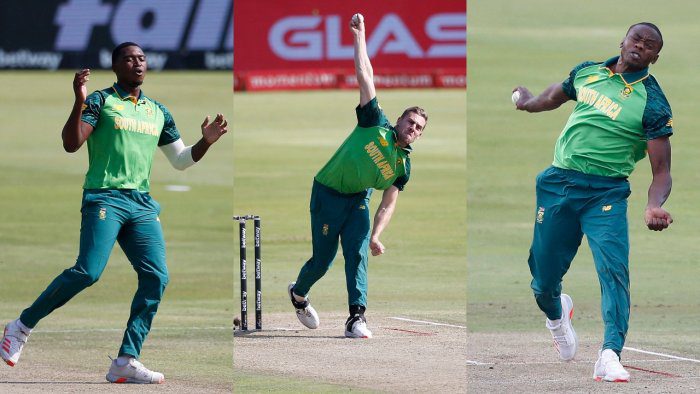 South Africa cricketers, including their pace bowling duo of Kagiso Rabada and Lungi Ngidi, are set to miss the two-match Test series against Bangladesh to take part in the 2022 Indian Premier League (IPL). A total of 11 Proteas cricketers have bagged deals to play in the upcoming edition of the mega event to be played at the venues in Mumbai and Pune.

South Africa’s home series starts with three ODIs on March 18, March 20 and March 23 with matches to be played at the SuperSport Park in Centurion and the Wanderers Stadium in Johannesburg. Earlier, it was learned that a number of their cricketers will miss the first week of the cash-rich IPL due to international commitments.

Rabada, Ngidi, Jansen among South Africa players to play IPL 2022 from the beginning

But as per reports in ESPNcricinfo, pacers Rabada, Ngidi and Marco Jansen would be there to play in the IPL right from the beginning. All three speedsters have been key to South Africa’s success of late in series against India and New Zealand. Jansen, who played for the Mumbai Indians (MI) in his debut IPL season, will now be playing under Kane Williamson for the Sunrisers Hyderabad (SRH).

Rabada was a crucial member of the Delhi Capitals (DC) for quite a few seasons, but now will be playing for the Punjab Kings (PBKS), led by Mayank Agarwal. Ngidi, who was a part of the Chennai Super Kings (CSK), is now set to turn up for the Capitals. But there are doubts over Anrich Nortje’s participation in the IPL as he’s recovering from an injury.

Prior to the mega auction on February 12 and 13, the Capitals retained the South Africa fast bowler. Nortje wasn’t picked to play in the limited-overs series against Bangladesh and with less than a fortnight left, it remains to be seen if he can get back to full fitness.

Rassie van der Dussen, Aiden Markram, David Miller, Dwaine Pretorius and Quinton de Kock are among the 11 IPL contracted players. The Test against Bangladesh, in the meantime, is set to start on March 31 with the opening game at the Kingsmead in Durban.