Southampton Is Interested In Signing Brandon Williams From Manchester United 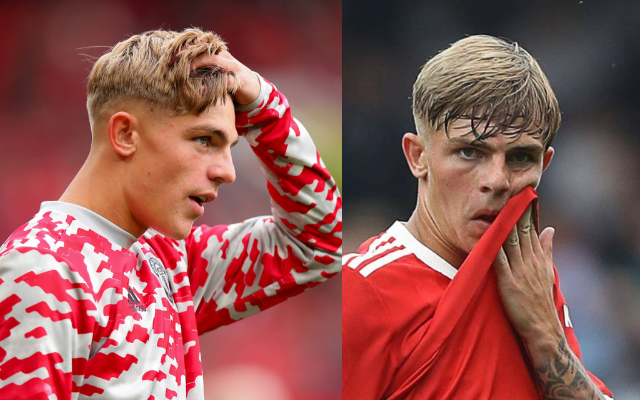 Southampton is said to be interested in signing Brandon Williams, a young player for Manchester United

David Ornstein of The Athletic says that Southampton is looking for a new left-back this summer. They are looking at several options right now, including the young star of Manchester United, Brandon Williams, who has been picked as the best person to add more coverage to the position.

Williams played for Norwich City for a year while he was on loan from Manchester United. He is now back at Manchester United. Even though the young player was part of the defense that had the worst numbers in the league, he was still able to play a lot and is now coming back to the Premier League with a lot of experience.

Williams even hoped to get a chance to play at Old Trafford before the new season started. But Manchester United’s new coach, Erik ten Hag, put a damper on his plans when he brought Tyrell Malacia from Feyenoord to the team. This gave him more options at left-back and made his plans less likely to happen.

So, young Williams may move away from Old Trafford. The 21-year-old may want to go on another loan to a Premier League team in the middle of the table, which is where Southampton come in.

What’s next for Williams?

As was already said, the Saints’ left-back unit is getting a little thin. Romain Perraud is the only known candidate for the job, which makes the need for a new face even more clear. Brandon Williams is talented and athletic, and he has played at the highest level of football before. This makes him a good fit for Southampton.

At just 21 years old, the Manchester United youth academy product has already shown a lot of creativity. He has everything he needs to do well at Southampton, which is known for its aggressive style and ability to catch opponents off guard. In this case, the speed and athleticism of the Englishman could work out well.

Manchester United will be hesitant to sell Williams on a permanent deal, though, because he still hasn’t reached his full potential. As a result, it won’t be surprising if Red Devils agree to a loan deal for the 21-year-old, who will want to make a bigger splash in the Premier League before fighting for a spot with Manchester United.

‘€40M for him’- Chelsea get ready to launch a bid for Villareal forward Arnaut Danjuma
Manchester United informed about the price to buy Brighton and Hove Albio mdfielder, Moises Caicedo