Southampton Vs Arsenal, Betting Predictions; Where To Watch? 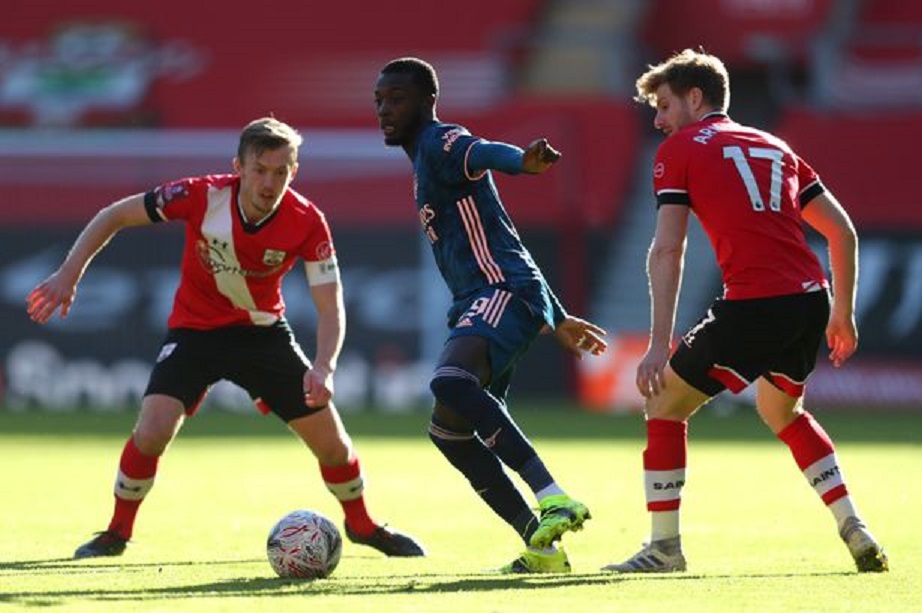 Southampton vs Arsenal where to watch?

Southampton striker Armando Broja will make a welcome return to the team after being ruled ineligible to face his parent club, Chelsea. As a result, Adam Armstrong is expected to take his place on the substitutes’ bench on Saturday. Shane Long, Alex McCarthy and Lyanco are all in with a possibility of recovering from injury concerns to make the roster this weekend, and Hasenhuttl is certain to make changes after last week’s humiliating loss to the Redskins.

Oriol Romeu was substituted after only 36 minutes against Chelsea, and Ibrahima Diallo may now take Oriol Romeu’s spot in midfield, with Theo Walcott set to start on the bench against his old team.

Meanwhile, Arsenal has already stated that Tierney will be out for the remainder of the season, while Partey is still in the medical bay and Tomiyasu will not return to team training until after Saturday’s match. As a result of the failure of the Granit Xhaka left-back experiment against Brighton, Arteta may decide to put Nuno Tavares back into the defence while Xhaka returns to the midfield with Albert Sambi Lokonga.

In addition to missing training earlier this week for personal reasons, Alexandre Lacazette has not scored in the Premier League since the home match against Southampton in December. As a result, either Gabriel Martinelli or Eddie Nketiah could start this weekend, but Arteta remains confident that his captain will be available to play.

In the event that Lacazette is unable to play this weekend, Arsenal will still have plenty of offensive options for goals and assists. Arsenal should have taken note of Southampton’s utter lack of defensive discipline during their defeat to Chelsea. The Gunners’ own key absentees and confidence issues should instil confidence in Hasenhuttl’s ranks that they can end their own winless streak. However, anything less than three points will be fatal to Arsenal’s hopes of finishing in the top four, and we have faith in Arteta’s side to get back to winning ways