Southampton vs Brighton Betting Predictions, Where To Watch

Southampton vs Brighton will be a close match between two sides eager to win the game. 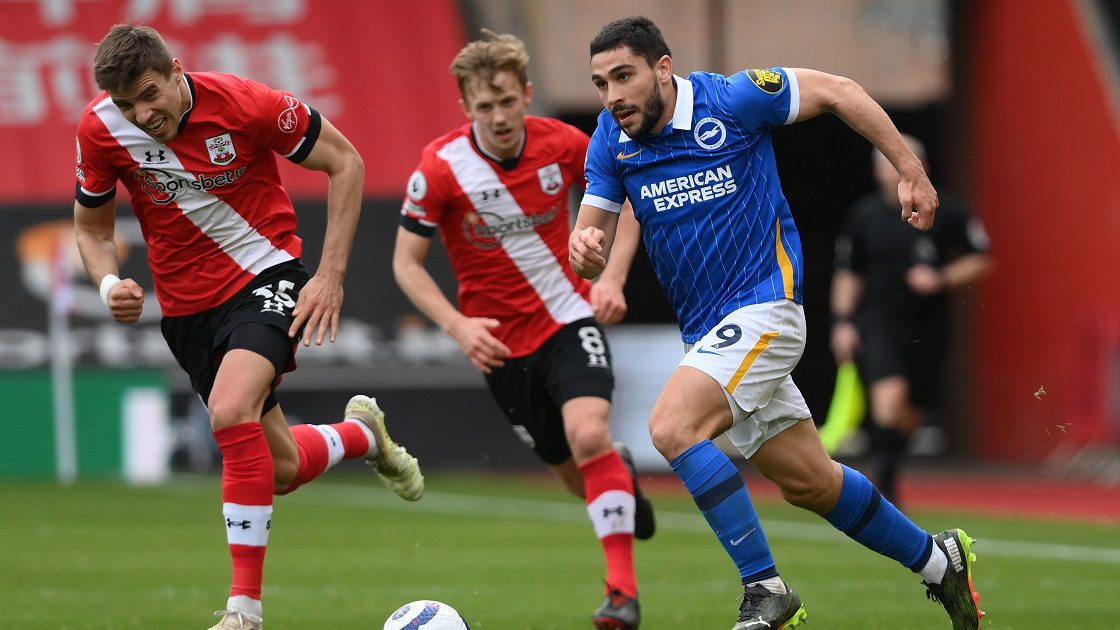 Where to watch Southampton vs Brighton?

When Southampton’s Bednarek was forced off with a calf twinge in the final minutes of their 0-0 draw with Leicester, Hasenhuttl was confident that the centre-back would prevent any major damage to his leg.

Moussa Djenepo and Mohamed Elyounoussi were back in the squad in the middle of the week. On the other hand, Stuart Armstrong is still out with a calf injury and Jack Stephens has a knee problem. They will both need to be evaluated.

This week, Lyanco is expected to take over for Bednarek, while Elyounoussi’s return should result in Nathan Tella being relegated to the sidelines.

As for Brighton, none of Sarmiento, Lallana, or Webster is expected to play after being sent off in midweek, while Danny Welbeck and Steven Alzate are also out from the squad.

However, with Lallana out of the lineup this week, Pascal Gross, Shane Duffy, and Solly March all seem to be in line to gain from their colleagues’ absences. Alexis Mac Allister is another candidate to play the number 10 position while Lallana is away.

The assist for Maupay’s magnificent equaliser in midweek was delivered by Tariq Lamptey, and it would not be shocking if he were to demote Joel Veltman to the bench.

There hasn’t been a goalless draw between these two teams in over a decade, but it’s going to be very tough to separate them this time.

This season, Southampton have grabbed 10 points at home and Brighton have taken 10 on the road, and we can see defenders taking centre stage as both clubs try to balance one other out in the south.