Southampton vs Everton Betting Predictions, Where To Watch?

Southampton vs Everton will be a game between two teams looking to climb up the points table and rid themselves of their mid-table tag, which has been haunting them for quite some time now. 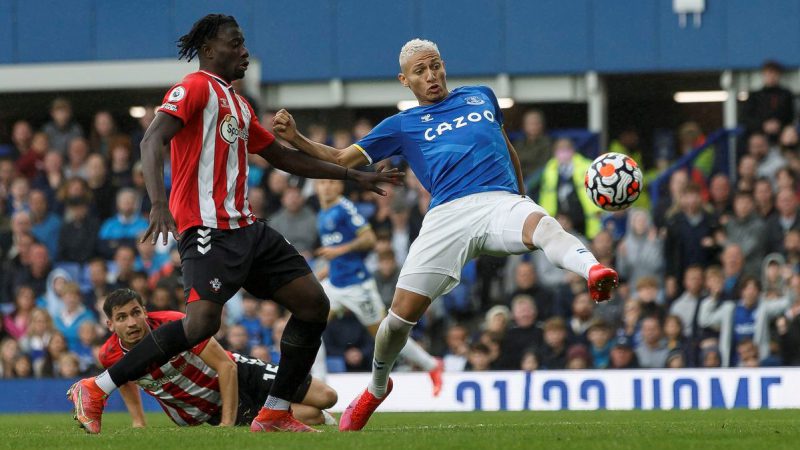 Southampton vs Everton, where to watch?

Southampton will be missing the services of Lyanco, Alex McCarthy, and Nathan Tella for the second time this season due to injury, but the Saints are otherwise in good form coming into the match against the visitors. Indeed, Hasenhuttl said at the team’s pre-match press conference on Thursday that Nathan Redmond has returned to training, while Jan Bednarek and Mohamed Elyounoussi are also eligible after suffering injuries in the team’s 2-2 tie with Manchester United.

The Saints were great against Manchester United, so it would not be surprising to see the same starting XI go to the pitch on Sunday, with Adams starting upfront with Armando Broja, who is on loan from Chelsea and having a good season at St Mary’s so far.

Demarai Gray is still not ready to return for Everton, but the forward, along with Abdoulaye Doucoure, might be available for selection against Manchester City at Goodison Park next weekend. Ben Godfrey, Fabian Delph, Yerry Mina, and Tom Davies are all unavailable for selection, however, January signing Vitalii Mykolenko will be eligible to make his appearance.

It is expected that Lampard will stick with the majority of the team that started against Leeds the previous time out, with on-loan Manchester United midfielder Donny van de Beek expected to feature in the starting XI alongside Allan, meaning Dele Alli may have to settle for a place on the substitutes’ bench once more.

This could be a fantastic contest between two teams who have a lot of attacking skill in their ranks. Even though Southampton was great at Old Trafford and should be full of confidence, we believe that Everton is making strides under Lampard and predict that the points will be shared in a low-scoring draw.