Southampton vs Manchester City Betting Predictions, Where to watch?

Southampton vs Manchester City will be a game that will favour the reigning champions of England. 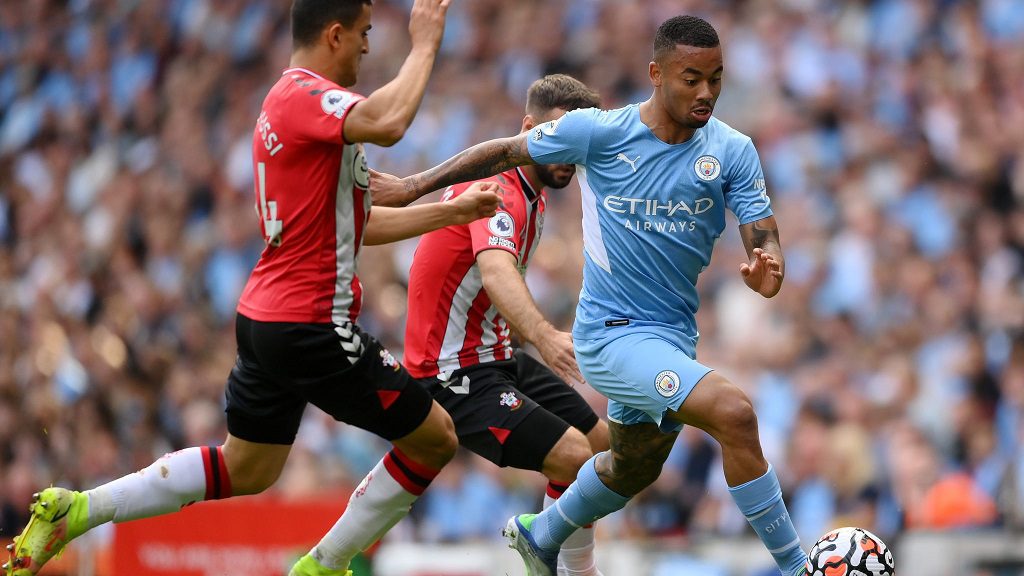 Southampton vs Manchester City Where to watch?

Theo Walcott and Mohamed Elyounoussi, two Southampton wingers who tested positive for COVID-19 before the trip to Wolves, are expected to miss out on the match against Wolves again this weekend. Valentino Livramento and William Smallbone will both miss the remainder of the season due to knee and calf injuries, respectively, while Moussa Djenepo will be abroad with Mali at the African Cup of Nations in Egypt. They will be missed in the Southampton vs Manchester City match.

Fraser Forster is anticipated to start in goal in place of Alex McCarthy, who has missed the past eight games across all competitions due to a thigh injury. Willy Caballero, who used to play for Manchester City, is also out with a thigh injury. As a result, Hasenhuttl has used a 3-5-2 formation in each of his previous three league games, and the Austrian coach may decide to remain with it to neutralise the offensive danger posed by Manchester City.

The return of full-back Kyle Walker-Peters to the first XI at the expense of either Nathan Tella or Romain Perraud would be welcomed, while either Adam Armstrong or Che Adams might form a forward combination with Armando Broja after a loan stint with COVID-19.

Nathan Ake, the Manchester City defender who was absent from the team’s triumph against Chelsea, has subsequently returned to training and is expected to be available for selection on Saturday. Unfortunately, the Ukrainian Oleksandr Zinchenko is out with an injury and Cole Palmer is questionable due to fitness worries, while Riyad Mahrez has been granted a week off after Algeria’s shock elimination from the African Cup of Nations.

Ruben Dias was named ahead of John Stones for the match against Chelsea, but the latter – who has played every Premier League away game this season – is expected to return to the starting lineup at centre-back, where he will partner Aymeric Laporte. Even though Ilkay Gundogan will be striving to make his first league start since Boxing Day, the German midfielder may find it difficult to replace one of the in-form midfield three of Kevin De Bruyne, Rodri, and Bernardo Silva.

Despite playing on the right-wing last weekend, Raheem Sterling, who scored the sole goal in a 1-0 triumph at St Mary’s last season, might move to the left side of the front three if Gabriel Jesus is reinstated to the starting lineup this weekend. Should the Brazilian take the field, Jack Grealish may be the unlucky one to be left out.

Southampton’s 1-1 draw against Manchester City earlier this season will undoubtedly instil confidence in Hasenhuttl’s team that they can get another point against the Citizens this weekend. Citizens have put together a phenomenal run of form, and it is impossible to see anything other than a win for the Premier League leaders on the road this weekend in Manchester.