Southampton vs West Ham, Betting Predictions; Where To Watch? 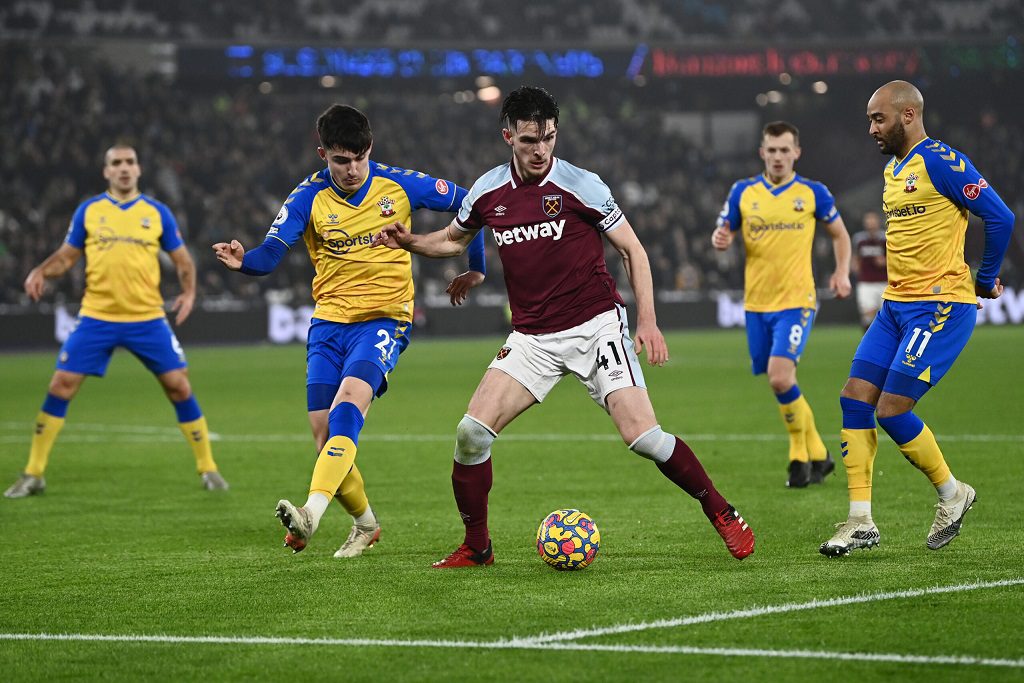 Southampton vs West Ham, where to watch?

Nathan Tella and Alex McCarthy are still out of play after suffering delays in their injury recoveries, while Lyanco may not be able to return to duty until the beginning of May after suffering a thigh injury. The Saints’ victory against Norwich on Friday raised no new questions, and it would not be remarkable if Hasenhuttl chose to remain with the same successful recipe for the foreseeable future, as long as fitness levels permit.

If Hasenhuttl decides to make a change or two, Romain Perraud and Adam Armstrong will be ready to step in, but Fraser Forster’s position in goal seems to be safe for the time being.

In terms of West Ham, Andriy Yarmolenko has rightfully been allowed time off due to the horrible situation in Ukraine, while the remainder of the team’s absenteeism is concentrated in the defensive third of the field. Several key players for the Hammers, including Vladimir Coufal, Arthur Masuaku, and Angelo Ogbonna, will be out, while Ryan Fredericks’ groin issue will almost surely keep him out of the fifth-round encounter.

Lukasz Fabianski, who won the FA Cup with Arsenal in 2014, is scheduled to give over the gloves to Alphonse Areola this week, while Said Benrahma will be hoping to reintegrate into the offensive line after his suspension.

Southampton and West Ham United have all the makings of a very compelling matchup, with the Saints enjoying their finest run of the season and the Hammers looking to cap their quick climb with a piece of domestic success. Even though it would not be unusual to see this match decided in extra time or by penalty kicks, with Southampton becoming more robust at home and West Ham unable to keep the back door shut on the road, we can see Hasenhuttl’s side moving to the last eight.