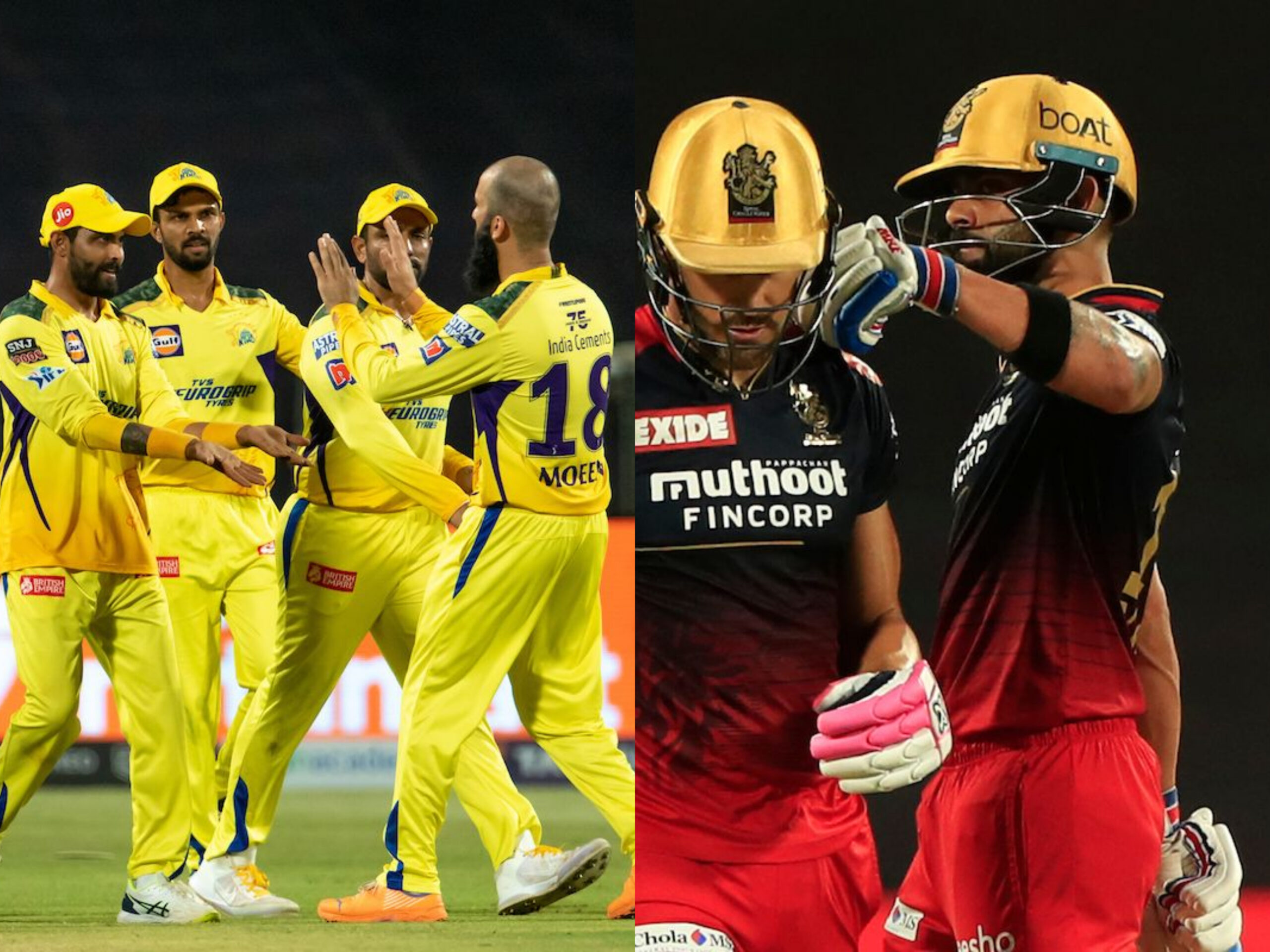 The Chennai Super Kings spinners worked in a tough, clinical unit to restrict Royal Challengers Bangalore to 173 runs in the first innings. Maheesh Theekshana took 3-27 at the death, while Moeen Ali cleaned out the openers in the powerplay, ending with 2-28. The match was held at Pune and is the second time the two teams are meeting this season. The last time they played against each other on April 12, CSK won by 23 runs.

The RCB openers started confidently, and the side raced to 51 within five overs. Faf du Plessis played a strong hand against his former side, smashing four fours and a six during his 38-run innings which took only 22 balls to score. Virat Kohli also showed good touch, lofting Simarjeet Singh over long-off for a soaring six. But the run-rate dipped once the spinners were introduced, and Faf, Glenn Maxwell and Virat Kohli were dismissed in consecutive overs.

Moeen Ali was the perpetrator behind Faf and Kohli’s wickets. Faf was forced to step back and pull, but only succeeded it in slicing to midwicket while Virat Kohli was bowled through the gate an over later. In between, Glenn Maxwell was the victim of a needless runout.

RCB made 51-0 in the first five overs, but the next five brought three wickets and only 29 runs. At the halfway mark they were 78-3 after their runrate dropped from 10.2 to 7.8. Mahipal Lomror was the hero of the day for RCB with his 27-ball 42, which included three fours and two sixes. He stitched together a 44-run partnership with Rajat Patidar to reconstruct RCB’s innings.

Lomror kept going after Patidar was dismissed by Mukesh in the 16th over, and helped RCB to 155-4 before the start of the penultimate over. But a spate of wickets fell in the 19th bowled by Maheesh Theekshana – he took three wickets and conceded only two runs. Lomror was the first to go, misxuing a low full toss and slicing it to cow corner. Next ball, Wanindu Hasaranga tried to heave but connected only the toe end of the bat and was caught on the boundary rope. Shahbaz Ahmed managed to keep out the hattrick ball but didn’t last longer than three balls either. On the last ball of the over, Theekshana bowled a carrom ball that skidded past Shahbaz’s bat to light up the stumps.

trying to not tweet 'Theekshana is good' every time CSK play but I once again have to tweet Theekshana is good, particularly in a more difficult role today, backloaded to cover for CSK's lack of death quality in the side.

Mahesh Theekshana what a buy from CSK. Crying. We got him for just 70 lakhs. Guy is a spinner bowling the 19th over taking 3 wickets . 😭😭😭😭

Anyway the positive thing about this match is Lomror… Guy showed his class his original position is 3 if they somehow can manage to give him that position next season he will do wonders and will solve RCB number 3 problem.

CSK and the spin choke against RCB in progress. You have seen it before.

‘Any other player would be dropped’ – Twitter shocked after another Virat Kohli failure
‘I just can’t bat with you, you run too fast’ – Glenn Maxwell has a laugh about Virat Kohli running him out