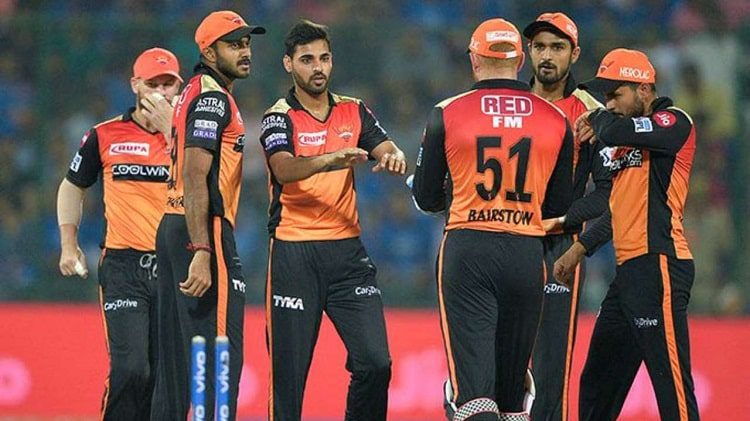 Sunrisers Hyderabad or most commonly known as SRH is the team that represent Hyderabad, Telangana in Indian Premiere League every year. It was established in the 2012, after Deccan Chargers were terminated from playing in IPL. Check SRH Team 2021 Players List, Owner, Captain, Stadium, Fixtures.

SRH has not had a successful journey so far, with only one winning tittle in the year 2016. SRH are on a full throttle with the second phase of IPL to commence from 19th September. The team did not have a great start at the beginning of the season this year. They underperformed, which makes them currently at the bottom of the points table. However, they team might turn the tables for the second leg of IPL.

The Eagles saw a mid change in the captaincy of the team. Williamson will be leading the team instead of Warner for the upcoming IPL second phase held in UAE 2021. Take a look at the entire player list that will represent the team SRH 2021.

Who is the Owner and Captain of Sunrisers Hyderabad 2021?

The team is owned by Sun Group which is an Indian multinational media company. The company has its base in Chennai, Tamil Nadu. The company comes into existence in 1992 that is 29 years ago. Apart from broadcasting the company also deals with publishing, Sports Franchising, radio and films.

The captain of the team is Kane Williamson. He is a New Zealand international cricketer who plays as the batsman in the team. He has also represented his national cricket team New Zealand as a skipper in the inaugural season of ICC World Cup Championship. With his exceptional batting skills, he is regarded as one of the best player of his time.

The SRK squad practice and train themselves at the Rajiv Gandhi International Cricket Stadium, Hyderabad. The stadium comes into existence in 2003 where the capacity is 55,000 attendees. It is located at the Eastern Suburb of Uppal. It serves its right to Hyderabad Cricket Association.

As we know that due the rising cases of ongoing pandemic in India, the IPL 2021 season was put on hold. However it announced its return in July, stating that the rest of the matches will be held in UAE. Taking all covid-19 protocols and safety measures, all the players have quarantined themselves for 14 days before the start of the match.