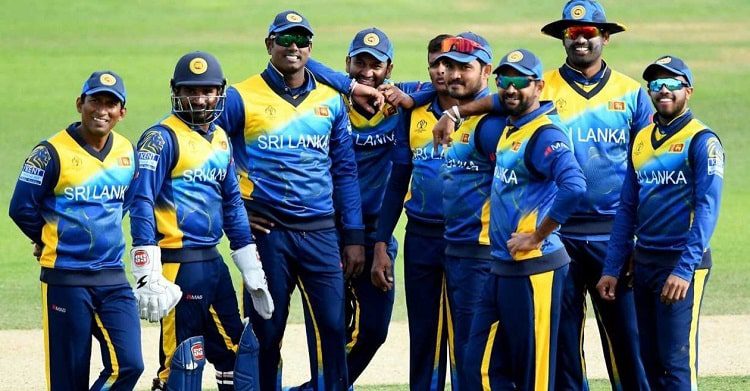 2021 T20 World Cup is all set to start from 17 October 2021 and will be continuing till 14 November 2021. Teams are busy in preparation and will try their best to win the cup. UAE will be Hosting the 2021 T20 World Cup. The Sri Lanka National Men’s Cricket Team represents Sri Lanka in International cricket. Check out Sri Lanka 2021 Squad for T20 World Cup.

The team will be participating in the upcoming T20 World Cup. Sri Lanka became the member of ICC in 1981. Currently team stands at 10th position in the ICC T20 Rankings. Team is Captained by Dasun Shanaka and Mickey Arthur is the current coach of the Team. Sri Lanka won the 1996 Cricket World Cup by defeating Australia. Sri Lanka won the 2014 ICC World Twenty20 by defeating India.

The Squad is led by Madagamagamage Dasun Shanaka who was born on 9 September 1991 in Negombo, Sri Lanka. He is the captain of the Side in Limited overs format and plays in all the three formats for Sri Lanka. Under his Captaincy, Sri Lanka white washed Pakistan 3-0 in T20 Series.

Who is the Owner and Captain of Sri Lanka Team ?

Sri Lanka Cricket is the governing body for Cricket in Sri Lanka. It was founded on 30 June 1975, as Board of Cricket for Sri Lanka (BCCSL) and later it was renamed in 2003. SLC was affiliated with ICC on 21 July 1981. It has headquarters in Sinhalese Sports Club and Shammi Silva is the current president of the Body, Tom Moody Director and Mohan de Silva Secretary.

The Sri Lankan national cricket team achieved considerable success beginning in the 1990s, going from underdog status to winning the World Cricket Championship in 1996 under the leadership of Arjuna Ranatunga.

The tournament is set to begin from 17 October 2021. Sri Lanka will first have to play the group stages to compete in the Super 12. The Lankans are placed in Group A along with Ireland, Oman and Papua New Guinea. Below is the complete fixture of Sri Lankan team in the upcoming T20 World Cup.

Sri Lanka will be playing all their group stage matches in The Sheikh Zayed Cricket Stadium in Abu Dhabi. The stadium was opened in May 2004 and was built at a cost of $23 million. It has a seating capacity of 20000 people. The stadium is operated by Emirates Cricket Board and will be one of the dedicated venues for the 2021 ICC Men’s T20 World Cup.

Apart from this, there are more 2 Stadiums which are dedicated for the T20 World Cup. These stadiums are:

The Dubai International Stadium is a multi purpose stadium in Dubai. The stadium was established in 2009 and has a seating capacity of 25000 and is owned by Dubai Properties and operated by Dubai Sports City. The stadium will be one of the dedicated venues for the 2021 ICC Men’s T20 World Cup, and is scheduled to host the Semi Final 2 and the Final of the latter on November 11, 2021 and November 14, 2021 respectively.

With the ICC T20 finally kicking off from 17th October 2021, here is an entire schedule that will give you details of all matches of the tournament. So take a quick glance and check out the table mentioned below :