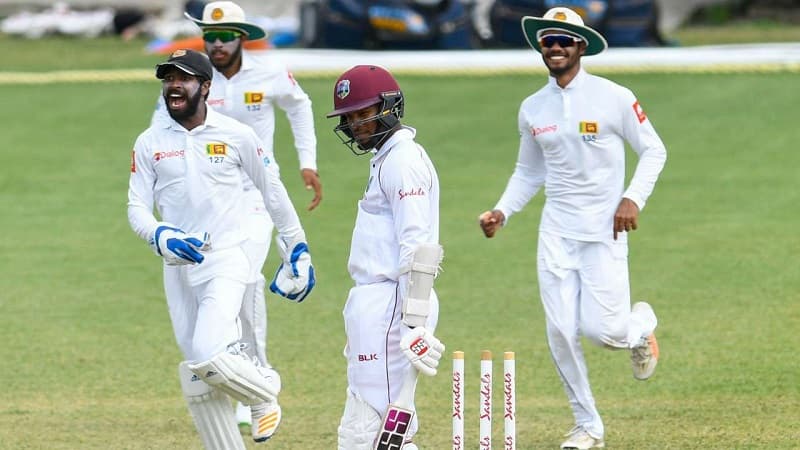 Dimuth Karunaratne is the Sri Lankan skipper, who would be aiming to turn the tables this time around and produce results. Meanwhile, Kraigg Brathwaite is going to lead the side of West Indies for the test series.

Sri Lanka and West Indies have faced each other in a similar format on 22 occasions. They have encountered one another in April 2021 in a test series, where the results were null and void. West Indies had won just four matches whereas, Sri Lanka has emerged victorious nine times.

The Upcoming match to be played on 21st November 2021 is going to be held at Galle International Stadium, Galle. The match will begin sharply at 10:00 IST. It is not that easy to predict who might win the upcoming match. However, looking at the stats it can be concluded that the match is going to be in the favor of Sri Lanka.

Who are the Probable Playing XI?

As the squad for both the teams of the upcoming test series has been declared, the captains have also been chosen for the teams. However, for creating your own dream 11 squad, you need to take a look at the playing XI. As there are few players who have been changed for this format. Some of the players are going to be playing for the first time.

Weather Forecast: What is the condition?

Sunny conditions will give way to clear night skies with highs of 32 degrees in this game in Galle International Stadium, Galle Sri Lanka. The weather will be favoring both sides on 21st November 2021.