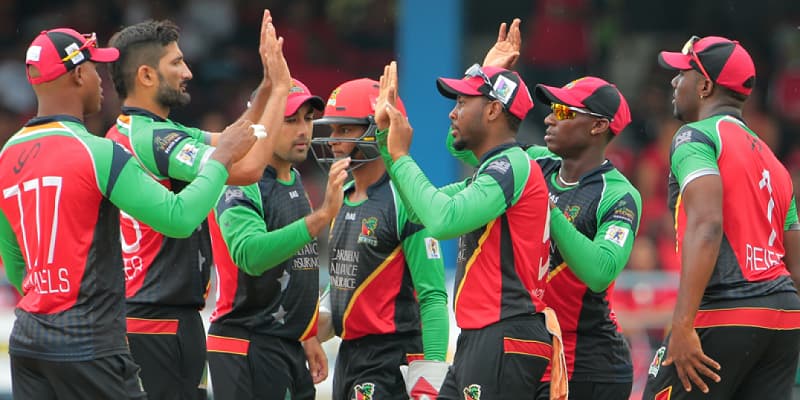 The latest rendition of the Caribbean Premier League is scheduled to begin on 26th August 2021. CPL 2021 was initially going to kick off on August 18th, 2021. However, the entire schedule will be concluded by 19th September so that it does not clash with IPL 2021 phase 2 in UAE. Check St Kitts and Nevis Patriots 2021 Squad, Players List, Owner, Captain, Stadium, And Fixtures.

St. Kitts and Nevis Patriots is one of the six teams playing in the Caribbean League. They entered the League in the year 2015. They haven’t been fortunate enough to get their hands on the CPL trophy yet. However, the fans are eager to watch them get it this year. So, check out the Players List, Owner, Captain, Stadium, And Fixtures.

Saint Kitts and Nevis Patriots are a team that consists of both overseas and local players. The team has given a difficult time to its opponents throughout the series. Two players from other teams have joined the Patriots. Check out the entire squad and their specialties. Check out st kitts and nevis patriots 2021 players list.

Who is Owner and Captain of St Kitts and Nevis Patriots?

St Kitts & Nevis Patriots have been re-signed for the next Hero Caribbean Premier League (CPL) 2021. The owner of the team is Winning Willows Limited. The Team will be lead under the captaincy of Rayad Emrit. He is an all-rounder who is also a right-handed batsman. He has captained for two teams before, Trinbago and Guyana.

Warner Park, Basseterre sports ground is the home ground of St Kitts & Nevis Patriots. The entire series of VPL will be held at Warner Park. The CPL 2021 is hosted at one location this year at St Kitt’s. The capacity of the stadium is  8,000. It also has Floodlights for matches taking place at night.

The jersey of the team is a proper amalgamation of red, black, white, green, yellow mixed properly. These are properly blended with the tee in the green colors having yellow strips at the side. The sleeves of the jersey are in black with the red strips at the border.

What is the Schedule for St Kitts and Nevis Patriots 2021?

The revised schedule for the team is provided to you below. The first match for St Kitts and Nevis Patriots begins on 26th August at 23:00 GMT. The match is against Barbados Trident. The next match is on 28th August. Check out the details here,