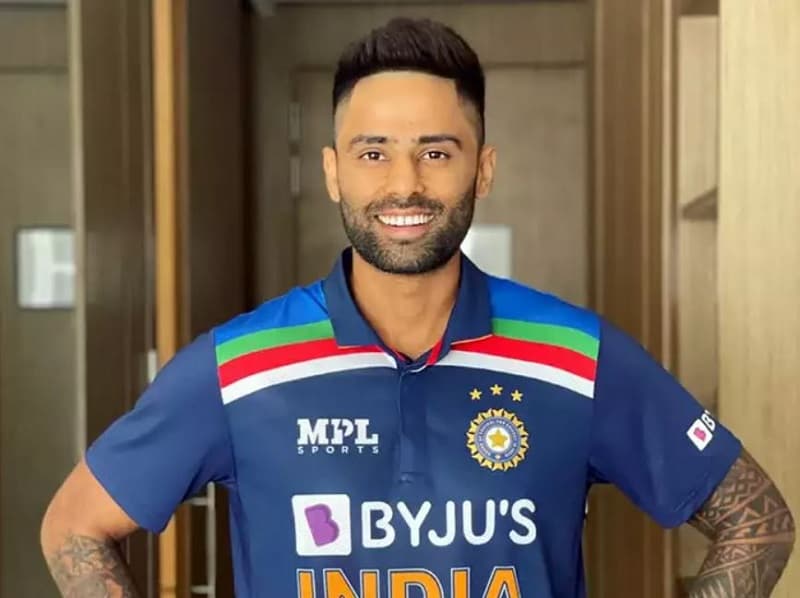 Suryakumar Ashok Yadav is an Indian International Cricketer who was born on 14 September 1990 in Mumbai. He bats in the middle order for the Indian Cricket Team after his debut in 2020. He has also been signed by Mumbai Indians in the Indian Premier League, and he plays for Mumbai in domestic cricket. He is a right-handed batsman and an occasional right-arm medium pacer and spinner. Check SuryaKumar Yadav Net Worth 2021/22, IPL Salary, Central Contract, Personal life All you need to Know.

As of 2021, Surya Kumar has a net worth of $4 million USD, equivalent to INR 30 crore. His main source of income is playing cricket and brand Endorsements. Surya Kumar was contracted by the BCCI under a grade C contract, according to which he earns a revenue of 1 crore per year. He gets paid 6 lakhs per ODI, and 3 lakhs per T20I. He was retained by his IPL franchise Mumbai Indians in 2022 for 8 crores.

He plays for Mumbai Indians. SKY was retained for 8 crores ahead of the IPL mega auction in 2022 and is one of their key middle order batters.

Suryakumar Yadav debuted in limited overs cricket in 2021 after a sublime IPL season for Mumbai Indians in 2020. He made an immediate impact as soon as he entered international cricket, scoring 57 against England in Ahmedabad the first time he batted. Recently he scored his maiden T20I century against England in

Surya Kumar Yadav plays for Mumbai in the Ranji Trophy. In the 2011 season, Surya made his debut against Delhi. He scored 73 in that match and at that time, became the only player to score a half-century in his first innings for Mumbai. In October 2018, he was named in India C’s squad for the 2018–19 Deodhar Trophy. He captained the Mumbai cricket team in the 2020-21 Syed Mushtaq Ali Trophy.

In 2012, he received a contract from the Mumbai Indians. In 2014 auctions, he was bought by Kolkata Knight Riders. He later became the team’s vice-captain. He was the most expensive uncapped player in 2018 IPL auctions after he was bought at a price of INR 3.2 Crores.