Swansea Vs Bournemouth, Betting Predictions; Where To Watch? 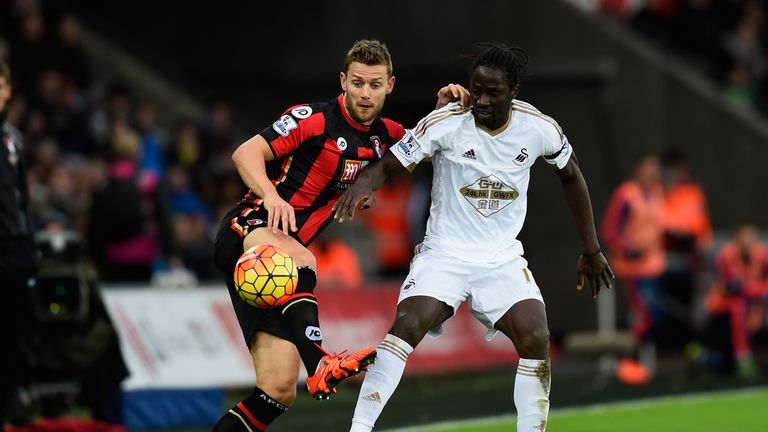 Swansea vs Bournemouth: Where to watch?

In preparation for the match against Bournemouth, Swansea’s roster seems to be in good form, with Jamie Paterson, who was absent against Middlesbrough, the only injury worry for Tuesday’s match. Ryan Manning made his way into the starting lineup at the weekend and is set to keep his place, with Hannes Wolf possibly making another appearance in the attacking area for the Welsh team.

Obafemi, who has scored 11 Championship goals this season, should lead the line against Parker’s side, with Joel Latibeaudiere likely to play in a back-three for the home side.

On the other hand, Bournemouth will be unable to choose any of the players listed: Morgan Rogers, Jordan Zemura, Leif Davis, Kieffer Moore, Junior Stanislas, and David Brooks. On Saturday, Jamal Lowe was replaced by Philip Billing in the starting lineup against Fulham. The two players might switch positions for this encounter, with the latter starting alongside Solanke in the final third of the field.

Todd Cantwell and Siriki Dembele are alternatives for the forward position, but Ryan Christie and Jaidon Anthony should keep their places in the starting XI, with Solanke, who has scored 27 goals in the second division this season, at the head of the line.

Having not lost in the Championship since March 12, Swansea will provide a stiff challenge for Bournemouth on Tuesday evening. The Cherries are unquestionably one of the strongest sides in the league and will be eager to earn promotion as quickly as possible, but they might be forced to settle for a point in this match.