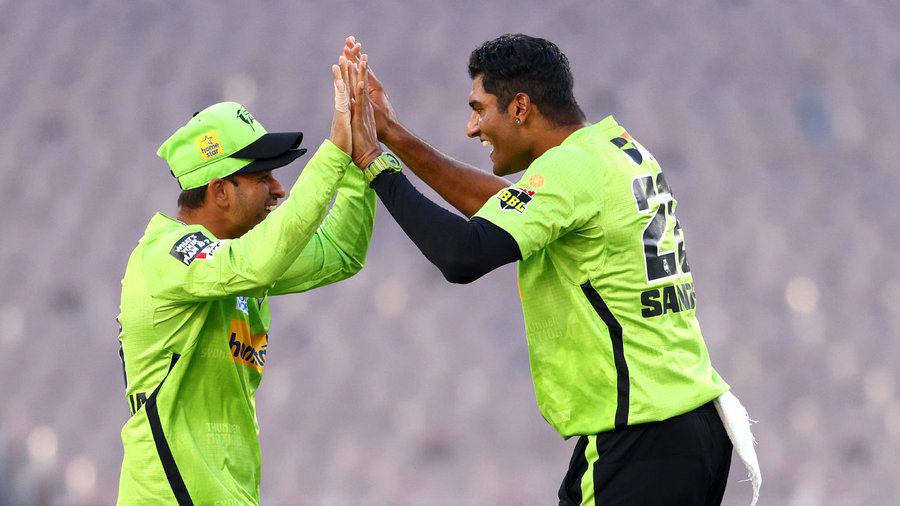 Sydney Thunder booked their spot in the knockouts of the BBL 2021-22 by finishing third in the points table with 35 points. They managed to win nine of their 14 games while losing five. The return of Usman Khawaja as a skipper has been a major boost for them and they would be high on confidence after their win over Melbourne Renegades in the previous game.

On the other hand, Adelaide Strikers finished fourth in the points table with 28 points, winning six and losing games. They made their way in this stage by overcoming the challenge of a tough Hobart Hurricanes side in the Eliminator. The Strikers managed to come out on top by 22 runs and will now look to grab another win in order to make it to the Challenger match against Sydney Sixers.

The wicket at MCG is a balanced one. It offers assistance to both aspects of the game equally and thus is a sporting one. A total of 175 could be considered as a par-total at this venue.

The weather in Melbourne is predicted to be sunny on 23rd January. There are no chances of precipitation with the humidity being around 36% and wind speed at around 16 kmph. The temperature at the venue might hover around 33 degrees celsius.

Sydney Thunder is expected to win this match against Adelaide Strikers. However, the Strikers cannot be taken lightly as they also have a well-settled lineup. We can anticipate a thrilling contest in this Knockout game.

The match between Sydney Thunder and Adelaide Strikers will be streamed live in India on the Sony Sports Network, Sony LIV, and Jio TV.