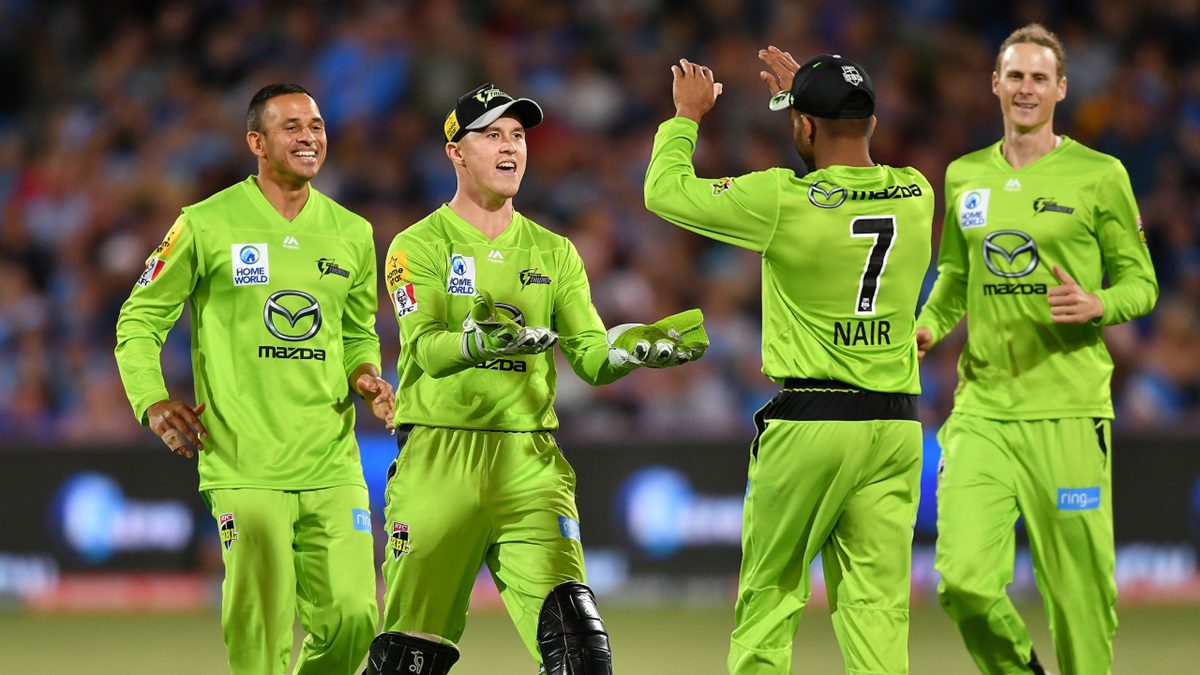 Last season, the Sydney Thunder finished third in their group, with eight victories in 14 games. Interestingly, the Thunder was eliminated in the Knockout final by the Brisbane Heat. Thunders have a strong batting order and a well-balanced lineup, with ample firepower in their bowling attack. The Thunder will look to make their mark with a resourceful team full of experienced and skilled players.

Brisbane Heat had a strong season last year, finishing fourth in the group stage and winning seven of their 14 games before losing in the challenger final to the Scorchers. Jimmy Peirson will lead the team this season after Chris Lynn stepped down as captain, and he will also do the job behind the stumps. Heat will seek to continue their dominance over Thunder in this match to get a solid start to their campaign

A fresh pitch beckons at the Manuka Oval, Canberra which should have enough to keep the bowlers interested. Apart from some early swing with the new ball, the spinners should extract some turn as the game progresses. However, the pitch shouldn’t change much from the first innings with the ball skidding on nicely under lights. 150 should be par at this venue, and either side is likely to chase upon winning the toss.

The weather in Australia is expected to be around 19-20°C. It is expected that there can be scattered showers during the match and there are 50% chances of heavy rain.

The Thunder have struggled against the Heat in their previous meetings, and winning this game would be a difficult task for the side. Brisbane Heat have been outstanding in their head-to-head matches against Sydney Thunder, and it is predicted that Brisbane Heat will win this match.

The match between Sydney Thunders and Brisbane Heat will be streamed live on the Sony Sports Network, Sony LIV and Sony LIV HD.