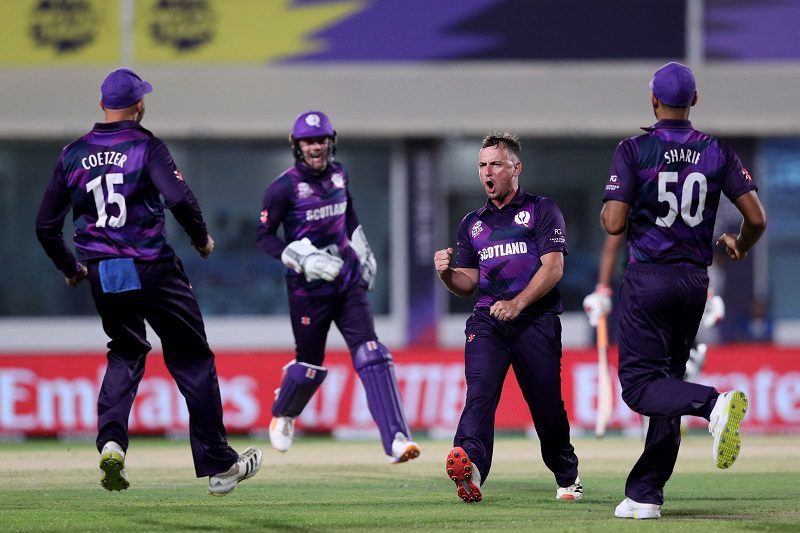 With the successful first stage of the series of T20 World Cup 2021, the second stage Super 12 matches have begun and the upcoming match is going to be between Afghanistan And Scotland. The two have shown fairly good performance in their previous matches. Fans are eagerly waiting to watch them head against each other on Monday 25th October 2021.

The seventh edition of the T20 World Cup had begun on 17th October 2021. Afghanistan will be playing their first match of ICC t20 whereas Scotland has had a successful journey so far by winning all three matches of ICC T20 World Cup 2021. So let’s take a look at the T20 World Cup, 17th Match: Afghanistan vs Scotland Match Prediction, Dream 11 Fantasy Cricket Tips, Playing Xl, Pitch Report All you need to Know.

On Monday, 25th October 2021, the 17th match of 45 matches scheduled for ICC t20 World Cup will see Afghanistan and Scotland locking horns. Afghanistan has not played any matches of ICC T20, however, it played the warm-up matches against West Indies and South Africa. Meanwhile, Scotland played the Qualifiers stage of ICC T20 by winning all three matches.

Both teams have faced each other before on six occasions. They have played in the same format before, where all six matches were won by Afghanistan. In the previous match between the two, Afghanistan won by 14 runs against Scotland. So it is expected that Afghanistan might win against the Scottish side with ease.

Here are some tips while choosing your Dream Team, some players that have earned fantasy points and might be a good choice for you.

Mohammad Nabi is a right-handed batsman and right-arm off-break bowler from Afghanistan. He has scored a smashing record of 1366 runs and achieved a record of 72 wickets in his 80 matches T20I career so far. He could be a good choice as an all-rounder.

Rashid khan is a right-handed batsman and right-arm leg-break bowler from Afghanistan. He has also had a good score of 179 runs. Along with that, he picked up 95 wickets in his 51 matches T20I career so far. He is also a great option as an All-rounder.

Mohammad Shahzad is a right-handed wicketkeeper-batsman from Afghanistan. Shahzad has achieved a score of 1866 runs in his 64 matches in his T20.

George Munsey is a left-handed batsman from Scotland. He has marked 64 runs in this tournament so far. He is a fairly good batsman for Scotland that can be considered by you.

Richie Berrington is a right-handed batsman and right-arm medium-fast bowler from Scotland. He has smacked a score of 104 runs in this tournament so far. He woulda safe choice as an All-rounder for Scotland though

Josh Davey is a right-handed batsman and right-arm medium-fast bowler from Scotland. He has scored 8 runs and hunted 8 wickets in this tournament so far. Another good option as an All-rounder.

Who is the Playing Xl?

Here is the probable playing Xi for teams Afghanistan and Scotland respectively. Take a look.

What is the Pitch Report? All you need to Know

The 17th match of the ICC T20 World Cup is going to be held at Sharjah Cricket Stadium. The Sharjah Cricket Association Stadium gives a neutral wicket where both the departments are anticipated to obtain a decent amount of help from the surface. However, the mid-overs could prove to be lethal as spinners get acquainted with the surface.