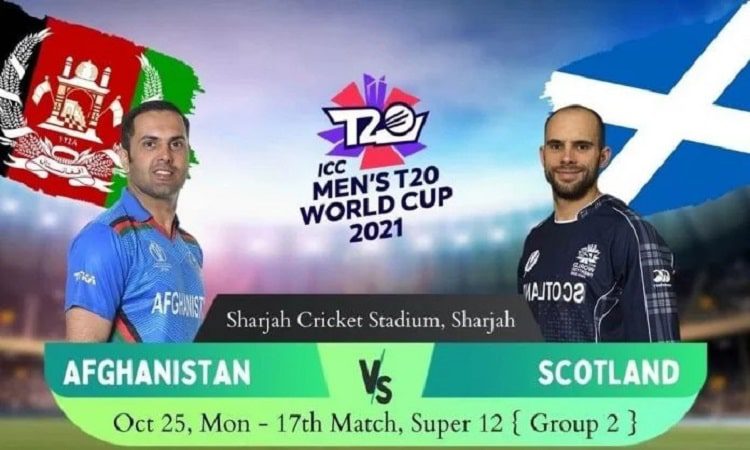 For both teams, this is the first game of their Super12 campaigns. Afghanistan qualified for the Super12s by default. Scotland qualified for the Super12 stage after winning three out of three games in the first round of the event. Afghanistan was defeated by South Africa by 41 runs in their warm-up match. In the following match, they rebounded back with a comfortable win over defending champions West Indies.

They batted first and scored a respectable 189/5 on the board. Hazratullah Zazai led the way with 56 points, while Mohammad Shahzad added a 35-ball 54. Najibullah Zadran (23) and Rahmanullah Gurbaz (33) also made significant contributions.

Scotland has won all three of their World Cup matches thus far and will want to continue their winning streak. Afghanistan, on the other hand, is a powerful team with more quality in their ranks. They are anticipated to breeze past Scotland’s defence. Afghanistan has a stronger overall team than Scotland, at least on paper. As a result, Afghanistan’s odds of winning today’s encounter have improved.

Sharjah’s pitch has traditionally been a bowler’s dream. On the surface, spinners have largely dictated terms. Bangladesh’s match versus Sri Lanka, on the other hand, was a high-scoring encounter. For both sides, batting second should be the way to go.

The maximum temperature in Sharjah on Monday would be 33°C. Along with that, the humidity would be around 58%.