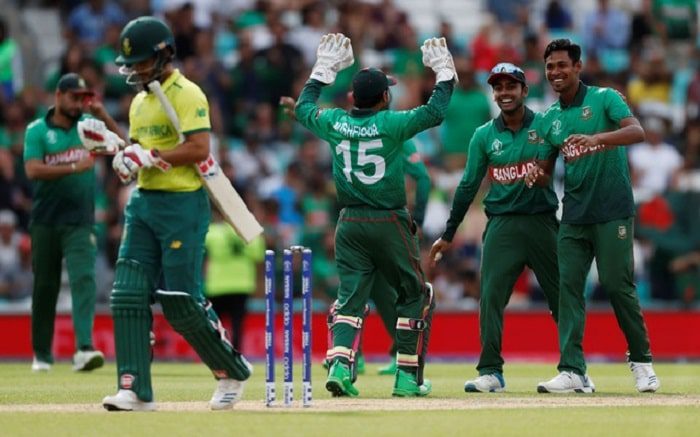 Sri Lanka were knocked out for 142 when batting first in the contest. Pathum Nissanka, the opener, smashed a brilliant 72. Other batsmen, on the other hand, were unable to score huge runs. Quinton de Kock and Reeza Hendricks, South Africa’s openers, failed to score much and were dismissed for 12 and 11 runs, respectively. Temba Bavuma, the South African captain, then slammed 46 runs.

South Africa won by 6 wickets, thanks to David Miller’s undefeated 23 runs. Bangladesh was defeated by West Indies by 3 runs in their previous match. West Indies, batting first, amassed a score of 142-7. Roston Chase had a 39-run game, while Nicholas Pooran had a 40-run game. Mahedi Hasan, Mustafizur Rahman, and Shoriful Islam all took two wickets for Bangladesh.

By every measure, the pitch in Abu Dhabi hasn’t been conducive to batting. Batting first isn’t always a good decision, as evidenced by the World Cup’s average first innings score. Furthermore, the chasing teams have won 75 percent of the games.

The weather in Abu Dhabi is expected to be sunny, and it will stay that way all day. There is a 1% chance of rain today. The temperature is forecast to be 32 degrees Celsius, with a 60% humidity.