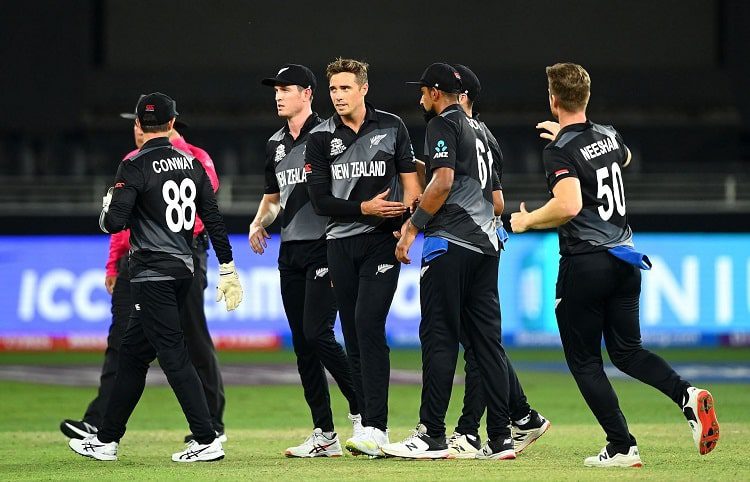 On Wednesday, November 3 at the Dubai International Cricket Stadium, New Zealand and Scotland will face off in Match No.32 in the T20 World Cup 2021. 32nd Match New Zealand vs Scotland Live Score. The Kiwis, captained by Kane Williamson, began their campaign in Sharjah with a five-wicket loss against Pakistan. The Black Caps, on the other hand, bounced back with an eight-wicket victory over India on Sunday.

Another victory will increase their chances of making the semi-finals. Scotland, on the other hand, is in Group 2 at the bottom of the table and needs a win to climb the standings. The world is gearing up for yet another exciting World Cup T20 match. On Wednesday, November 3rd, 2021, at Dubai International Cricket Stadium, New Zealand will play Scotland in the 32nd match in the World Cup T20 2021.

So far, New Zealand had played two matches. In their first encounter, they were defeated by Pakistan, and in their second match, they defeated India by an eight-wicket margin. They had three games remaining to play, and they needed to win all of them against Afghanistan, Namibia, and this team, Scotland. Scotland, on the other hand, had lost both of their matches.

New Zealand is the clear favourite going into this competition. On paper, the Kiwis have a formidable team and should easily be able to outgun Scotland and claim their second Super 12 stage victory.

The pitch hasn’t been ideal for batting in Dubai. The average first-inning score indicates that scoring runs hasn’t been simple. The toss has been crucial thus far, as the chasing teams have won all seven games played at the venue.

There is no chance of rain today, so it will be another bright and sunny day. On match day, the Dubai weather forecast predicts scattered clouds, but no rain. We should be able to play the entire match without interruption.