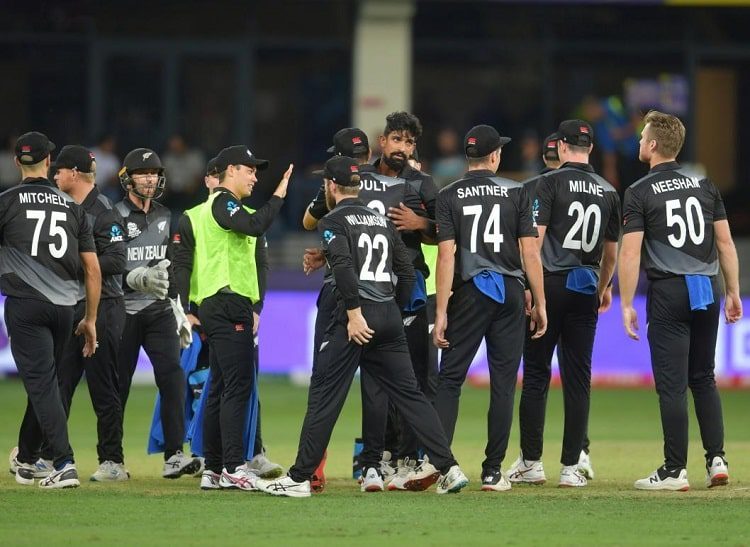 In Match 36 of the ICC Men’s T20 World Cup 2021, New Zealand will face Namibia. 36th Match New Zealand vs Namibia Live Score. This match between the two sides will take place at the Sharjah Cricket Stadium. With four points, New Zealand is third in the standings, having won two of their three league games. Namibia, on the other hand, is in fifth place after three games with only one win.

Kane Williamson and his teammates were defeated by Pakistan by five wickets in their first match. They did, however, return to winning ways by defeating India by eight wickets. With a 16-run victory over Scotland, the Kiwis extended their winning streak in the competition. In the meantime, Namibia defeated Scotland by four wickets in their Super-12 opener. However, they lost their following two matches by 62 and 45 runs, respectively, to Afghanistan and Pakistan.

New Zealand and Namibia are yet to face each other in T20Is.

So far in the T20 tournament, the pitch in Sharjah has been a sporting one. It hasn’t been difficult to score boundaries, but the bowlers have gotten a lot out of the surface. Batting second should continue to be the preferred strategy for the clubs.

A bright and sunny day is forecast, with temperatures ranging from 29 to 31 degrees Celsius.