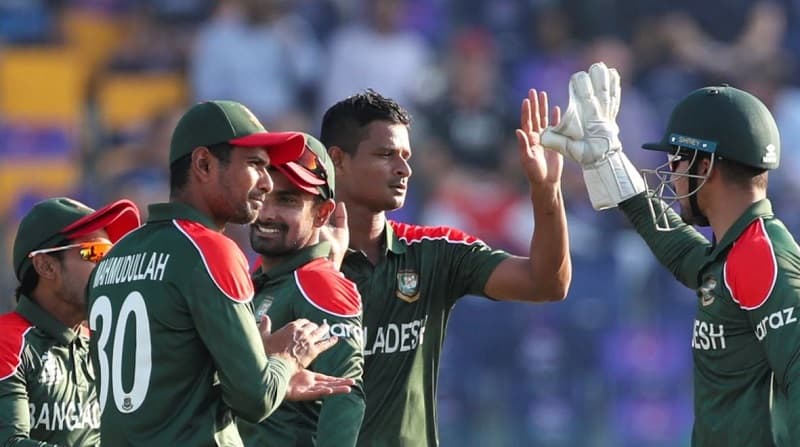 Next up in the ICC t20 World Cup 2021 series, we have the doubleheader Friday match. The first match is scheduled to be against West Indies and Bangladesh. Both the teams did not have a successful journey so far. West Indies who are the defending champions are seen to be struggling this time. Bangladesh has also not given a good performance till now.

The 23rd match of 45 matches in the ICC T20 World Cup is going to be held at  Sharjah Cricket Stadium in Sharjah on Friday, 29th October 2021. Fans are waiting to watch who might win today’s match between the two. So check out the details of the match like T20 World Cup, 23rd Match: West Indies vs Bangladesh Match Prediction, Dream 11 Fantasy Cricket Tips, Playing Xl, Pitch Report All you need to Know.

The match prediction for West Indies vs Bangladesh in today’s match is not easy. Both the teams have had a rough patch. With back-to-back losses, they have no points from two games and are on the brink of elimination. Bangladesh was still seen in their competitive format in the previous matches, but West Indies were not even close.

However, the favorites to win the match is West Indies. As they have some strong players as compared to Bangladesh. The match is going to be interesting for all to watch in Sharjah today.

For choosing your fantasy team, here are a few tips that you can consider. Check out the details of our top picks.

Naim Sheikh is a Bangladesh batsman, who got out for a low score in the last match against England. He has scored 131 runs in 4 matches in this World Cup at an average of 32.75.

Andre Russell is a right-handed batsman and right-arm fast bowler from West Indies. Although he has scored just 5 runs in this tournament so far, he has a lot of potential for giving his best. His past performances have proved to tell him so.

Akeal Hosein’s bowling is a flat trajectory and causing problems with his variations. He is a fierce bowler, in 2 matches in this World Cup, he has picked up 3 wickets at an economy of 6.37.

Nasum Ahmed could prove to be the turning surface here at Sharjah. He has swamped 3 wickets in 2 matches so far in this World Cup, with the best figures of 2 for 29.

Top picks as All Rounders

Shakib Al Hasan could make the most of the conditions herein Sharjah Cricket Stadium. There will be plenty of assistance for the spinners. He is Bangladesh’s number 1 all-rounder across all formats is a must-pick for your fantasy teams in this match.

Kieron Pollard is a right-handed batsman and right-arm medium-fast bowler from West Indies. He is an All-rounder and the captain of the Windies Team. He plays so smoothly and has the best record. He has marked 32 runs in this tournament so far.

Who are the Playing Xl ? WI vs BAN

Pitch Report All you need to Know

The match of West Indies vs Bangladesh is going to be held at Sharjah Cricket Stadium. The pitch here at Sharjah provides the wicket on a slower side. Meanwhile, the batters will be required to use their skills more, rather than going for the fancy strokes. Going with the present scenario, even the score of close to 150 is a match-winning one.