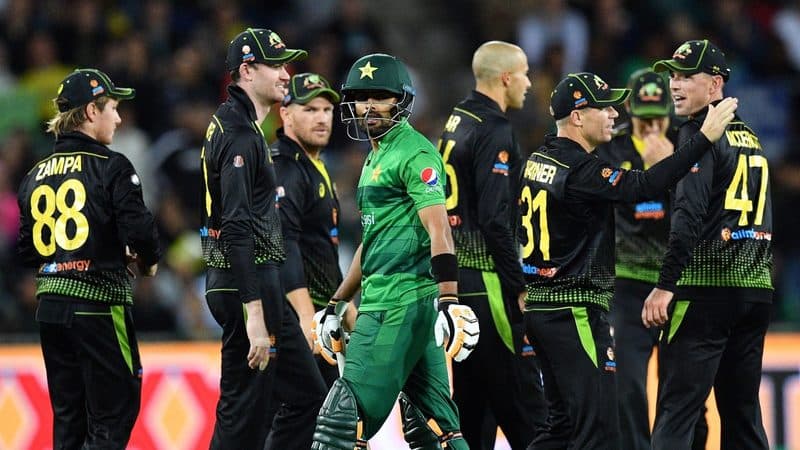 After the conclusion of successful group 2 of the Super 12 stage, T20 World Cup commences its final stage, the Semi-Finals. With thrilling matches that were promised to the fans this season, players also experienced a lot of unexpected results. The upcoming match which is going to be held between Pakistan vs Australia is going to be the 2nd Semifinal of the series. This is going to determine who will proceed to the finals.

The match between Pakistan and Australia is going to be held at Dubai International Cricket Stadium, Dubai on the 11th of November 2021.

As we know that the 7th season of the ICC T20 World Cup is going to witness the dominance of Asian teams. Pakistan has proven to be unbeatable in this edition of the T20 World Cup. With back-to-back wins after each match, Pakistan has given a surprise performance this year. Australia should be on the look for Pakistan’s Pakistan’s bowling attack.

Australia, on the other hand, started the season with a disappointment. But the fact that they reached the semis, swamping the position of all others is a big achievement. However, Australia lacks a bit of confidence on the batting side. Looking at the teams, Pakistan would be most favored in this match.

Here are some tips that can help you gain a little perspective while choosing your fantasy teams. So check out the best picks of both teams.

For choosing your batsman, Babar Azam is highly recommended from Pakistan. He is a top-run scorer, who has achieved a score of 91 fantasy points in its previous few matches. Another best pick as a battery would be Mohamed Rizwan. Mohammad Rizwan has also made 214 runs at a strike rate of 127.

For choosing a spinner, we suggest choosing Adam. Adam Zampa has been the best bowler for Australia and has picked up 11 wickets while bowling at an average of 9 and an economy rate of 5.73.

From Pakistan, Shaheen Afridi could be a safe and fair choice. He has not given a disappointing performance in all of his matches.

Team Australia can count on Mitchell Marsh and Glenn Maxwell, Mitchell has achieved a score of 90 fantasy points in the previous matches that he performed. He is the best all-rounder on the team and is highly recommended.

For Pakistan Shadab Khan could be the best pick. In the previous few matches that were seen this season of T20, he has performed exceedingly well. He has earned a score of 68 fantasy points.

Who are the Probable Playing XI ?