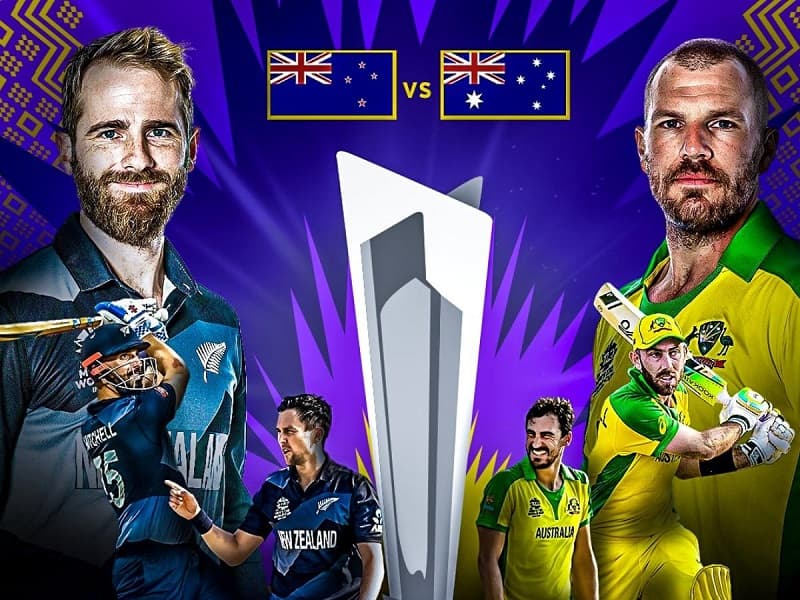 After a month-long wait for the T20 tournament finals, we have at last come to the end of this series where New Zealand and Australia will be facing each other on 14th November 2021, Sunday. The match is going to be held at Dubai International Stadium, Dubai. After 44 matches we will witness the last and final match of the T20 World Cup 2021-22.

On 14th November 2021, fans will finally see the thrilling match of World Cup T20 2021. New Zealand and Australia have bounced back in the tournament and are the finalists for the 2021-22 league. So take a look at the T20 World Cup, Final: New Zealand vs Australia Match Prediction, Dream 11 Fantasy Cricket Tips, Playing Xl, Pitch Report All you need to Know.

After playing so many matches and games, both teams have proved to be the well-deserved team as finalists. They have left no stone unturned in this tournament. New Zealand had chased 167 runs when they were playing against England. Meanwhile, Australia chased 177 to kick Pakistan out of the tournament.

Initially, both Australia did not seem to be in a good position at the beginning of the tournament. On the other hand, New Zealand is the most versatile team and they are definitely looking at their first T20 World Cup trophy. As both these teams haven’t had their chance of winning the trophy, this time it’s going to be all the more exciting to watch them play.

There's no shortage of motivation for Matthew Wade to perform for #Australia#T20WorldCup pic.twitter.com/LyNmRJ2Ow7

In case you want to know some advice on choosing your fantasy cricket team tips, here are some tips you can refer to. Take a look at it.

From New Zealand, we can suggest Mitchell as the best choice for batting, along with Guptill. They both put on a great show.

the upcoming match of ICC T20 World Cup Australia vs New Zealand is going to be held at Dubai International Cricket Stadium. The pitch of the stadiums is well-balanced. As the past performances at the pitch were seen to function smoothly, the spinners will not experience any kind of extra bounces. The batsmen will also be able to score an average of 160 runs.

Who are the playing XI of Australia and New Zealand?