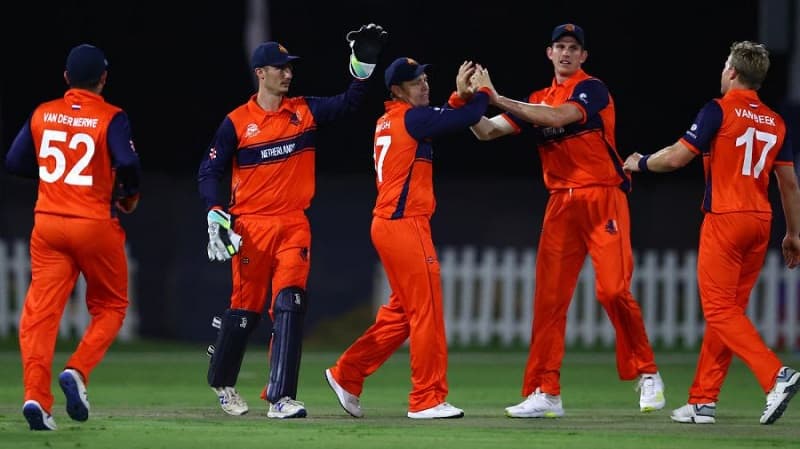 Ireland will be facing Netherlands for the third match of the 2021 ICC T20 World Cup. The match will start at 3:30 PM and will be played in Sheikh Zayed Stadium in Abu Dhabi. It will be the first match of Group A in the tournament. Check out Ireland vs Netherlands 3rd Match Prediction, pitch Report, fantasy tips, and everything you need to know.

Ireland and Netherlands are in Group A along with Sri Lanka and Namibia. The four will play against each other to make it to the super 12. They will further compete in Super 12 to keep playing in the 2021 T20 World Cup.

The Netherlands cricket team is administered by Royal Dutch Cricket Association and Pieter Seelaar is the current captain of the squad. The Netherlands have won 3 out of their last 5 matches played. They even defeated Ireland in 3 matches T20 Series 2-1.

Ireland is captained by Andrew Balbirnie and the team is governed by Cricket Ireland. Ireland also won 3 out of their previous match. They won both of their practice matches and moreover managed to defeat Bangladesh.

Prediction– Ireland will be Winning the match.

Top Batsman to look out for

Netherlands– Ben Cooper is a talented batsman and can score runs once he gets the ball under his eyes. He has scored 1230 runs in this format for the Netherlands at an average of almost 30.

Ireland– Paul Stirling is a reliable batter from the Ireland team. He has scored 2495 runs for Ireland in T20I and has a strike rate of well above 135. We can expect a terrific performance from him.

Top Bowlers to look out for

Netherlands– Timm Van Der Gugten will be a key bowler in the upcoming fixture against Ireland. He has picked up 40 wickets in T20s.

Ireland– Mark Adair is expected to lead the bowling attack for Ireland in the match against the Netherlands He has scalped 45 wickets after featuring in 26 T20I matches for Ireland.

The pitch in the Sheikh Zayed Stadium is a batting-friendly pitch. Team batting second has won more number of matches. The average batting score in the first innings is 141 runs. Seamers and Spinners also get help from the Pitch.