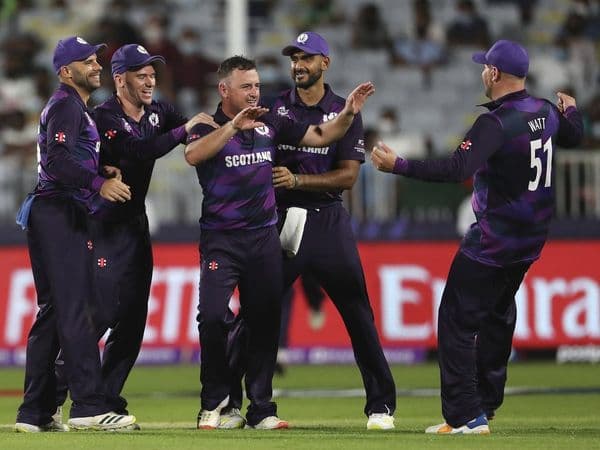 World Cup T20 2021 which is conducted by ICC is finally on a roll from 17th October. The seventh edition of the ICC T20 will be featuring 45 matches played in the UAE and Oman for over a month. A total of 16 nations are going to compete against each other in 3 stages, Qualifier, Super 12, and Playoffs. Check Scotland vs Papua New Guinea 5th Match Prediction, Dream 11 Fantasy Cricket Tips, Playing Xl, Pitch Report All you need to Know.

The 5th match of ICC t20 will be played on 19th October 2021. The match is scheduled to be against Scotland and Papua New Guinea. The match will be held at Al Amerat Cricket Ground at 3.30 PM IST.

As we speak of the match Scotland vs Papua New Guinea, they both will leave a chance to win a spot in the Super 12. Papua New Guinea had lost against the host nation Oman in its previous match. On the other hand, Scotland beat Bangladesh by 6 runs. Scottish men and PNG have faced each other on 4 occasions before.

The probability of winning the match today is in favor of Scotland by 60% Although there are numerous other factors that determine the winning stake like pitch weather and players in the team.

For picking your Dream 11 here are some Cricket Tips that can help you to choose wisely.

George Munsey is one of the top batters that you can consider, he requires a little time familiarizing himself with the crease, but later on, he can perform exceedingly well. He made a valuable score of 29 runs from 23 balls in the match against Bangladesh.

Tony Ura can be considered as a backup option as he gives a good average score of 35.9 in T20. Although he did not have a good tart at the beginning of the match, you can add him to your fantasy team.

Richie Berrington did not perform up to the mark last time in the match. However, you can consider him as an all-rounder since he showed a good team spirit.

Assad Vala proved to be the knight in the shining armor like always for his team as he batted against Oman and scored 56 runs from 43 balls which included 4 fours and 3 sixes.

Chris Greaves tried his best to take wickets at the initial stages of the match, but later on, he managed to bowl Shakib Al Hasan and Mushfiqur Rahim.

Nosaina Pokana has given his best bowling performances in his T20 career. He has taken 21 wickets in 20 T20I’s.

Players to Avoid– Norman Vanua can be avoided while choosing your fantasy team, as there are many all-rounders who have given their best, whereas he could be a black sheep in the team.

The crease of Al Amerat Cricket Stadium gives a fair share of advantages for both batters and bowlers. Also, any score above 150 runs can be expected as a defendable score by the teams. The team batting first will gain a good advantage ahead. A good score can be given by the team who is playing first than the team going second.

Who are the Playing Xl for Scotland and Papua New Guinea?

Here us the squad of both team for Playing Xl in today’s match Scotland vs Papua New Guinea 2021.