10 Tallest Cricketers in the History Of Cricket 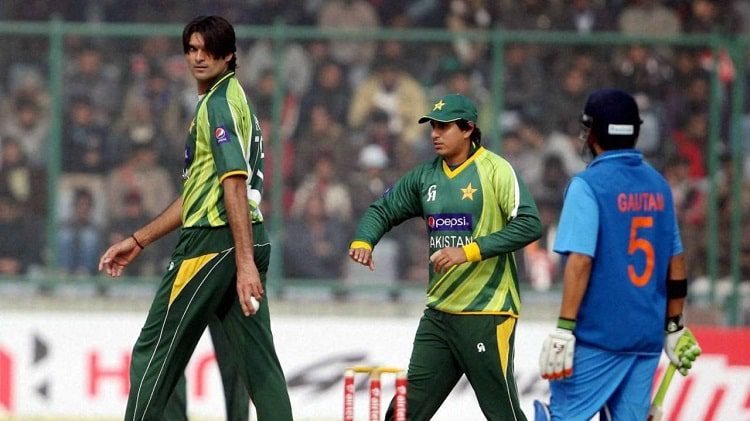 Cricket is a sport where strength matters to hit massive shots and bowl speed deliveries. Tallest Cricketers in the History Of Cricket. People with tall height have an advantage as they can bowl good Yorkers and short length ball and can get near the ball while batting very quick. It is known as a sport that rewards skill and temperament, yet physique and height may make a big impact.

A decent height offers bowlers an advantage since it allows them to generate greater pace and bounce. Cricket is a game of strength and skill, but there are moments when physical characteristics can make a difference. In most cases, having a decent height has a significant impact on the game. There have been quite tall players that have impressed everyone not only by their height but by their performance also.

10 Tallest Cricketers in the History Of Cricket

Jason Omar Holder is a Barbadian Cricketer born on 5 November 1991 in Barbados. He is 6 ft 7 in all rounder who plays for West Indies and was the former captain of the West Indies team. He was ranked as number one all rounder in the world in January 2019 and West Indies named him as the Test Player of the Year in August 2019.

Sulieman Jamaal Benn is a Barbadian Cricketer born on 22 July 1981 in Barbados. He is a 6 ft 7 in spinner who played for West Indies and for Barbados in First Class Cricket. He has taken 87 wickets in 26 test played and 39 Wickets in 47 ODI. Benn made his debut as a left-arm orthodox spin bowler in 1999/00.

With a first-class average of 17.48, he is also a fairly competent left-handed hitter. Benn has had to fight for a spot in a Barbados team that includes four West Indian international fast bowlers since his debut season.

Sir Curtly Elconn Lynwall Ambrose is a former Antiguan Cricketer born on 21 September 1963 in Antigua and Barbuda. He is 6 ft 7 in fast bowler who played for West Indies. He is considered as one of the greatest fast bowler in history. In his 98 test matches, he has 405 test wickets and 225 wickets in 176 ODI matches. Known for being a man of few words throughout his career, he was infamous for his aversion to speaking with media.

In 1992, he was named one of the Wisden Cricketers of the Year, and after retiring, he was inducted into the International Cricket Council Hall of Fame and named to a panel of experts as one of the West Indies’ all-time XI.

Steven Thomas Finn is an English Cricketer born on 4 April 1989 in Hertfordshire, England. He is 6 ft 7 in tall fast bowler who played for England. In 36 Test matches played for England, he has taken 125 wickets and has played 69 ODI and has taken 102 wickets. He is a right-handed batsman and a right-arm quick bowler.

He became Middlesex County Club’s youngest-ever first-class début at the age of 16. He debuted for England in a Test match against Bangladesh in 2010. He is based in London. He joined Test Match Special as a pundit in 2019.

Christopher Timothy Tremlett is a former English Cricketer born on 2 September 1981 in Hampshire, England. He is a 6 ft 7 in fast bowler who played for England. He made his ODI debut in 2005 and played his first test in 2007. Chris has played 12 test and has managed to pick 50 wickets and had played 15 ODI and has 15 wickets.

He took retirement from all forms of cricket on 21 August 2015. Due to injuries, he withdrew from all forms of cricket on August 21, 2015. Tremlett has been limited to three Championship games for Surrey in 2015 due to back and knee issues in recent years. He took up weightlifting after retiring, and in June 2017, he posted a picture of his physical makeover on Instagram, which went viral.

Jamieson went to Auckland Grammar School and was a member of the New Zealand Under-19 Cricket World Cup squad in 2014. Jamieson was a point guard for the New Zealand Breakers as a kid, but he preferred cricket to basketball since he was a good fast bowler.

Joel Garner is a former West Indien cricketer who was born on 16 December 1952 in Christ Church, Barbados. With a height of 6 ft 8 in, he was a Bowler and is highest ranked One Day International bowler according to the ICC best-ever bowling ratings. In 2010, Garner was inducted into the ICC Cricket Hall of Fame.

Bruce Anthony Reid is a former Australian Cricketer born on 14 March 1963 in Perth, Australia. Standing 6 ft 8 in, Bruce was a left arm fast bowler who played for Australia and for Western Australia in Domestic Cricket. Reid is now a bowling coach and had worked with various national cricket teams.

Reid has worked as a bowling coach with teams all around the world, including the India cricket team (during the 2003–04 tour of Australia), the Zimbabwe national team, and Hampshire County Cricket Club, since his retirement as a player. He has also coached Nathan Bracken, an Australian fast bowler.

William Boyd Rankin is a former North Irish Player born on 5 July 1984 in County Londonderry, Northern Ireland. He is a 6 ft 8.5 in Bowler who played for Ireland National Cricket Team and Also for England. On 21 May 2021, Rankin announced his retirement from all forms of cricket.

hammad Irfan is a Pakistani Cricketer who was born on 6 June 1982 in Burewala, Punjab, Pakistan. With an impressive height of 7 ft 1 in, he is the Tallest Cricketer to play any first class cricket or any international cricket. Irfan plays for Pakistan in all three formats Test, ODI and T20.