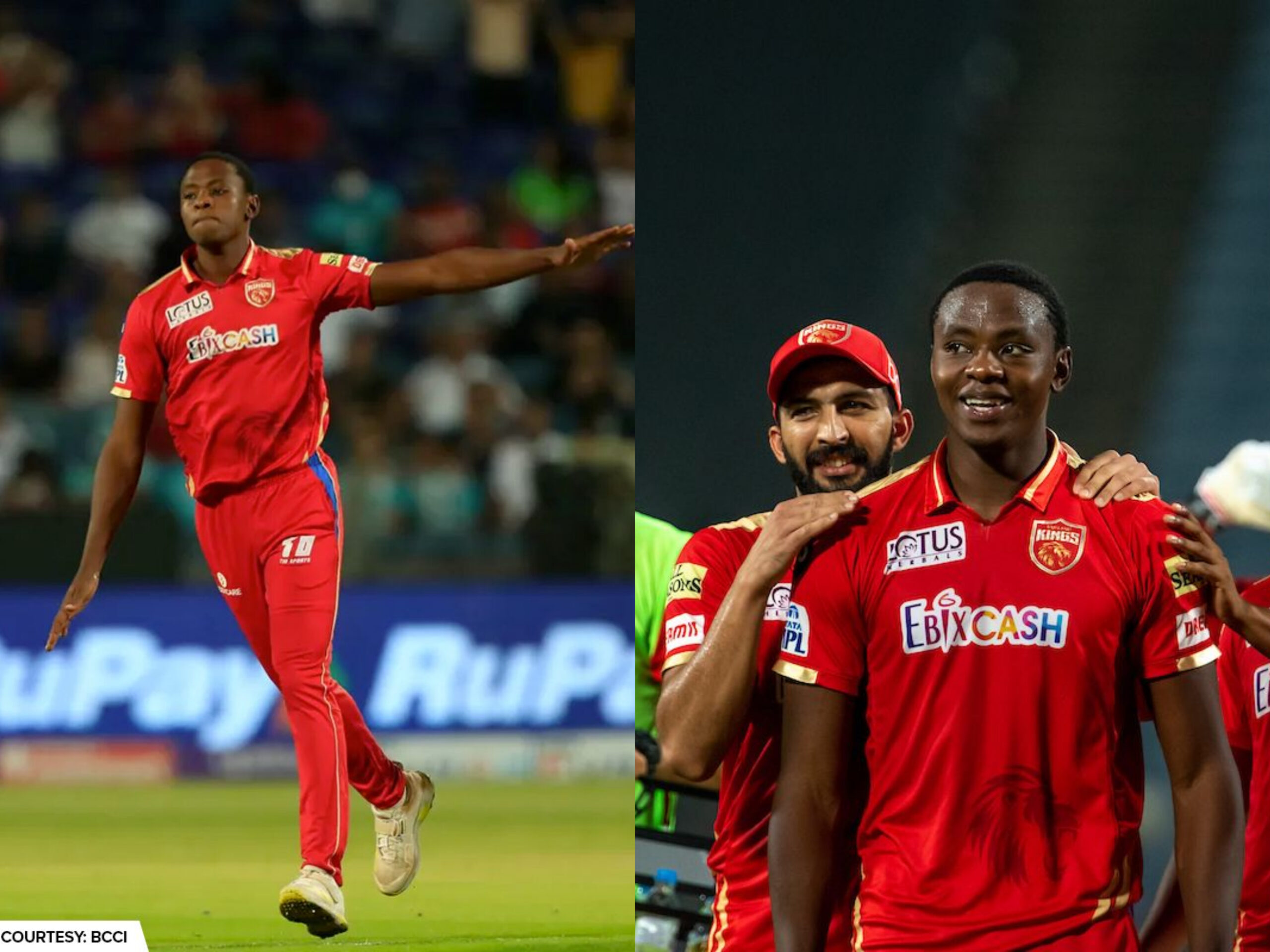 Kagiso Rabada bowled a memorable spell to restrict Lucknow Super Giants to 153, in Punjab Kings’ fixture against them on Friday, taking four wickets conceding 38 runs. But the target was too much for PBKS, who folded for 133 and handed LSG  20-run win. The win took LSG up the third position on the points table with 12 points, while PBKS remained at number seven with eight points.

While Arshdeep Singh was the standout bowler, his four overs going for only 23 while he troubled the LSG batters, especially KL Rahul, luck eluded him as far as wickets were concerned. Rabada was the one to cash in from the other end, and his four wicket haul included the important ones of KL Rahul, Krunal Pandya, Ayush Badoni and Dushmantha Chameera.

Rabada was introduced in the third over, and produced the crucial scalp of LSG skipper KL Rahul. Rahul had made a somewhat scratchy start until then coming off a hundred against Mumbai Indians, and he scored only 6 runs before edging a length ball from Rabada into keeper Jithesh Sharma’s gloves.

Quinton de Kock tore into Rabada in the next over of his spell, smashing two sixes in what turned out to be a 16-run over. Rabada was then removed for middle overs, but reintroduced in the 15th over and changed the course of LSG’s innings. Krunal Pandya and Ayush Badoni were both newly arrived at the crease, and both holed out to Rabada having contributed only 11 runs between them. LSG were now 105 for 5.

Rabada finally returned to bowl the penultimate over. Dushmantha Chameera pulled him for a couple of sixes off the the first two balls, but the bowler came back in the third delivery and had the batter caught at deep cover.

Beautiful ball by Rabada to get KL. Brilliant late swing.

Getting KL Rahul out caught behind early in his innings & when he's not looking to play an aggressive shot needs special skill. You need the length and movement to be almost perfect. No wonder the bowlers who've got him like that in #IPL2022 are Mohammed Shami and Kagiso Rabada.

Rabada making every punjab fan proud with the wicket of rahul 🤣

That was a seed! Test match stuff from Rabada – top-class delivery and that's huge with LSG playing one batter short. A couple more and PBKS can really call the shots today #IPL2022 #PBKSvLSG