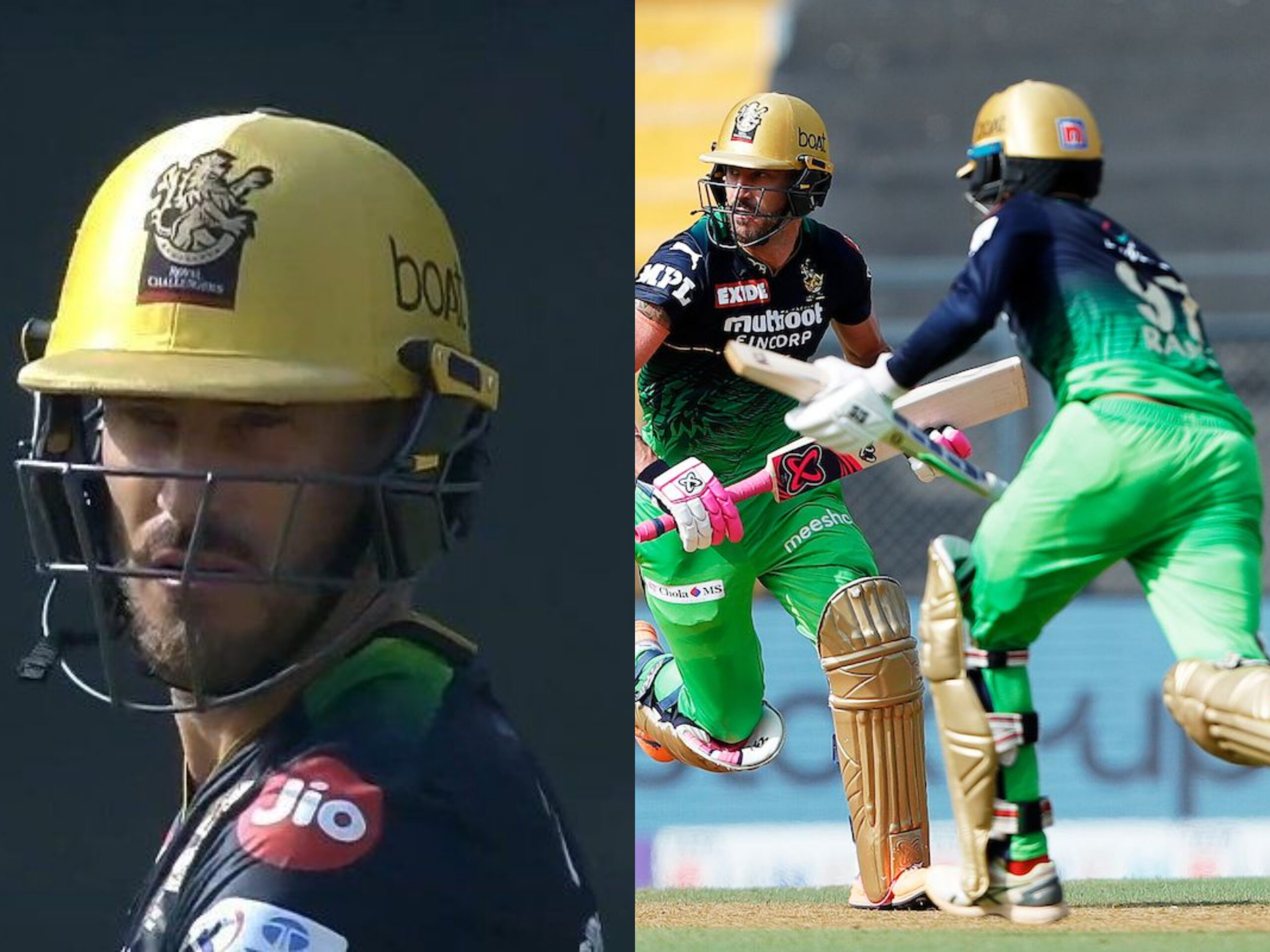 Faf du Plessis has played another excellent hand for the Royal CHallengers Bangalore in their game against SUnrisers Hyderabad on Sunday afternoon. He scored an undefeated 73 off 50 balls, smashing eight fours and two sixes at a strikerate of 146. Faf’s score helped RCB to post a 192-run target on the board.

After losing Virat Kohli for a golden duck, his third this IPL, without a single run on the board, the skipper took it upon himself to maximise the fielding restrictions. He joined hands with Rajat Patidar and together they regrouped after Kohli’s shock dismissal, putting on 47 within the powerplay.

Once that was done with, Faf took the attack to SRH. Umran Malik was introduced in the seventh over, and Faf smacked two fours and a six to loot 15 runs off what would turn out to be a 20-run over. He was also dropped during one of those boundaries by Rahul Tripathi on the boundary when he was still batting on 26(21).

Patidar was dismissed in the 13th over, after a special knock of 48(38) that included four fours and two sixes at a strikerate of 126. But the two had already worn down SRH with a 105-run partnership that came off only 73 balls. Faf was then joined by Maxwell, whose 33 from 24 helped boost the run-rate even higher.

The real damage came in the final two overs of the innings, however, by who else but RCB’s trusted finisher Dinesh Karthik. DK smacked four sixes and a four during his 8-ball stay at the crease, and added a solid 30 runs to the team’s total. He targeted Fazalhaq Farooqi  at the deathand struck three consecutive sixes off him, followed by a boundary to plunder 22 runs in the final over.

Faf and Hazlewood are RCB's best buys this season. No surprise they had alpha title winning genes in them from 2021.

Faf and Hazlewood are RCB's best buys this season. No surprise they had alpha title winning genes in them from 2021.

Sunny G was speechless at the tactic of an SLAO opening the bowling against Faf & Kohli.

After 1 ball, he remained speechless.

No ways they wanted faf dropped over their actual liability lol