The Ashes 2021/22- Australia vs England Fixtures in Australia, squads, How To Watch, Venues, Betting, And History 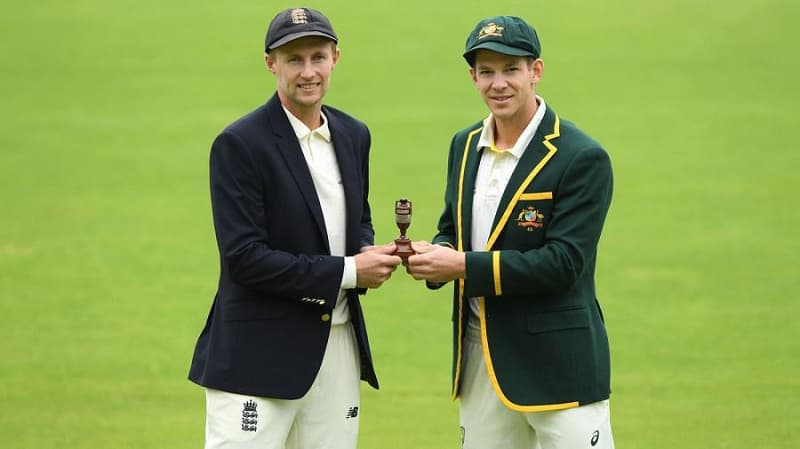 Ashes is a series of Test cricket played between Australia And England. The ashes were started in 1882-83 in Australia. An Ashes series traditionally consists of five Tests, hosted in turn by England and Australia at least once every two years. 71 Ashes series have been played till now in which Australia has won 33 times, England 32 times, and six series have been drawn. Check The Ashes 2021-22 Schedule, squads, How To Watch, Venues, Betting, And History.

The 2021-22 Ashes series is the 72nd edition which is scheduled to be played at five venues across Australia between 8 December 2021 and 18 January 2022. The series will be part of the 2021–2023 ICC World Test Championship. Australia is the defending champion of the series and has won the most number of times.

The 72nd edition is scheduled to take place in Australia from 8 December 2021 and will be played till 18 January 2022. A total of 5 matches will be played in 5 different venues in Australia. Below is the complete schedule of the 2021/22 Ashes series.

The Australian Squad for the Ashes has not been announced yet. The update will be made as soon as an official announcement is made.

The Ashes is amongst the most famous Rivalry in Cricketing World. Fans get to experience some top-class Cricketers giving their best to gain the title. The intensity of the match is just different. Here are some channels where you can enjoy the series comfortably sitting at home.

The Gabba– The Brisbane Cricket Ground, is a major sports stadium in Brisbane, Australia. The ground was opened in 1895 and has a seating capacity of 36,000. The stadium is owned by Queensland Government and operated by Stadiums Queensland.

Perth Stadium– Perth Stadium is a multi-purpose stadium in Perth, Western Australia. The ground was opened on 21 January 2018 and is operated by VenuesLive. The stadium has a capacity of 60,000 making it the third-largest stadium in Australia.

The series was not called by the name Ashes until 1882. In 1882, Australia managed to defeat the English cricket team on their home soil and this led to a newspaper called The Sporting Times publishing a satirical obituary that stated English cricket had died, and “the body will be cremated and the ashes taken to Australia”. The mythical ashes immediately became associated with the 1882–83 series played in Australia, before which the English captain Ivo Bligh had vowed to “regain those ashes”. The English media, therefore, dubbed the tour the quest to regain the Ashes.