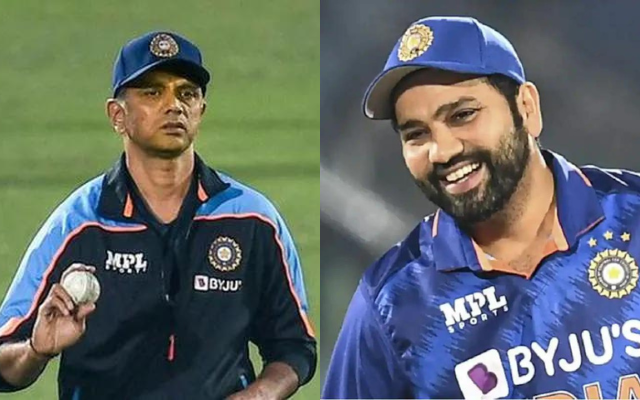 Indian captain Rohit Sharma is part of the ongoing ODI series against the Black Caps. Under his tutelage, the Men in Blue won the first two games and clinched the series. Earlier, Team India inflicted a 3-0 whitewash on Sri Lanka in the ODI series under Rohit Sharma’s guidance.

Now, the Men in Blue are geared up for the third and final ODI against the New Zealand cricket team, which is scheduled to be held on January 24, Tuesday at Holkar Cricket Stadium located in Indore.

India will be looking forward to winning the dead rubber to go on top of the ICC ODI Men’s Ranking. India’s head coach, Rahul Dravid clarified that the likes of Rohit Sharma and Virat Kohli have been rested for the upcoming three-match T20I series against New Zealand.

Meanwhile, India’s head coach, while addressing the reporters at the pre-match conference reserved the highest respect for the Indian stalwart, Rohit Sharma. He went on to disclose the biggest ability of the Indian captain.

The former Indian cricketer echoed that the biggest ability of Rohit Sharma has been essaying big runs in international cricket. He further praised Rohit Sharma for his three double centuries. So far, Rohit is the only player in the history of the sport with three double tons in ODIs.

Last but not least, Dravid also praised Rohit Sharma for his sensational performance in the ICC ODI 2019 World Cup, by calling it an “absolutely phenomenal achievement”. Rohit Sharma finished the ICC Men’s ODI World Cup 2019 as the leading run-getter.

Having played nine games, he scored 648 runs at a staggering batting average of 81 including five centuries and a half-century to his name. He registered his best score of 140 in that tournament and also became the first batsman to smash five centuries in the single edition of the ODI World Cup.