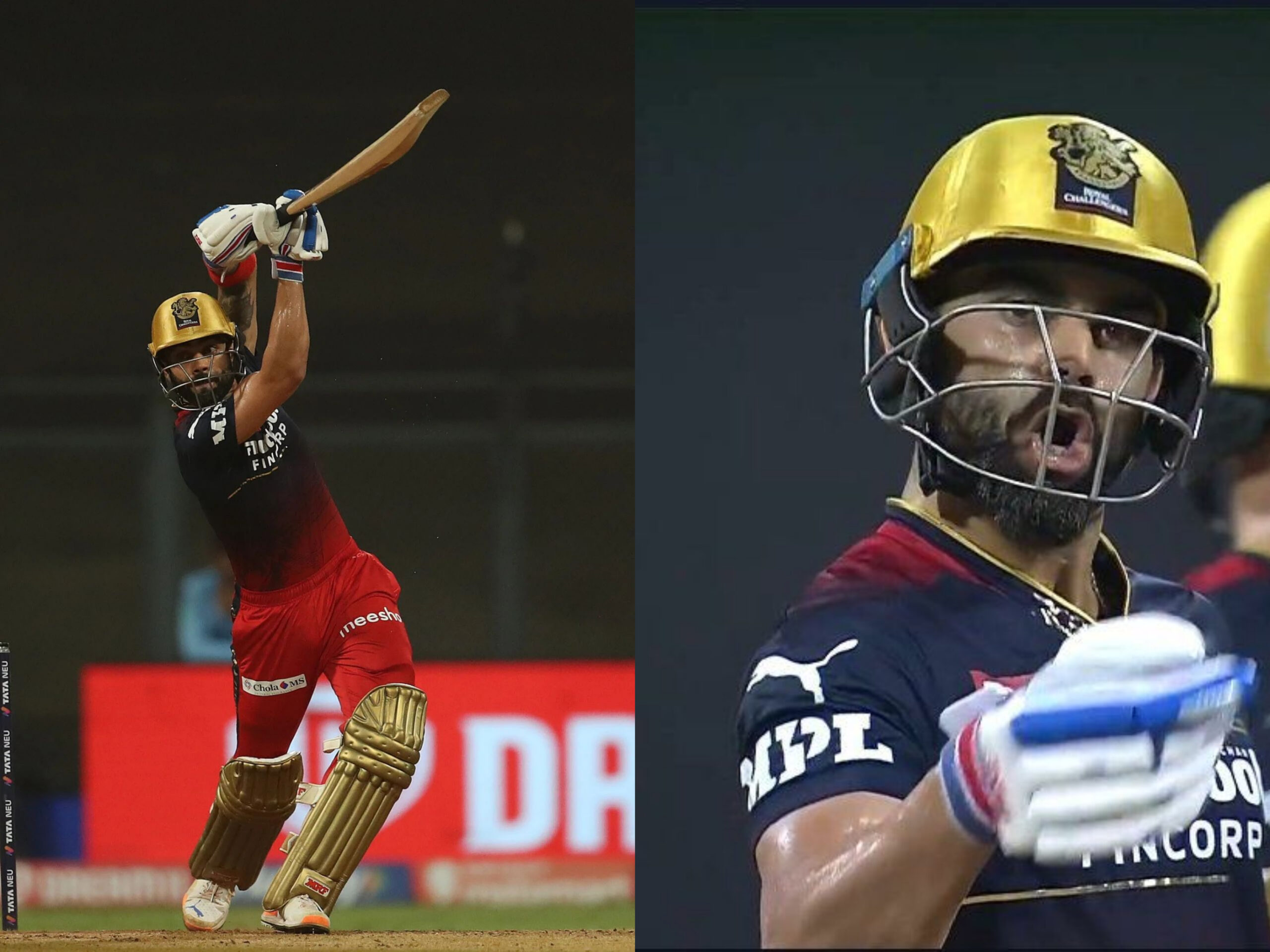 Virat Kohli enthralled with a fluent half-century against Gujarat Titans, in the Royal Challengers Bangalore’s game against them on Thursday. The ex-RCB skipper scored 73 off 54 balls, his innings including eight fours and two sixes and was struck at 135. But the it overall contributions of Kohli, Maxwell and du Plessis that ensured RCB eased to 169 with eight wickets and eight balls in hand. Their qualification remains possible but dependent on the Delhi Capitals, whose win over Mumbai Indians on Sunday could edge RCB out of the top four.

Kohli, along with RCB skipper Faf du Plessis put on a 115-run opening stand. He punched two easy fours off Mohammed Shami in the third over. Luck went his way with a streaky boundary off Hardik Pandya in the next over, followed by Rashid Khan dropping him on 16. But from there on, everything was smooth sailing.

The former India skipper continued to show  a potential return to form with shots around the ground. Kohli brought up his fifty in the tenth over, in just 33 balls (S.R. 151) with a splendid six off Rashid Khan, slammed over midwicket. He slowed down after crossing 50, with 23 runs coming off the next 21 balls. The magical moments were his two sixes off Rashid Khan, one whipped over midwicket and the next lofted over long-off.

In the 17th over, Rashid eventually avenged himself; two balls after hit for the second six, he bowled a googly that had Kohli charging down the pitch. The batter missed the line completely, and Wriddhiman Saha was able to complete an easy stumping with Kohil yards out of his crease.

Kohli has had a difficult season so far, to say the least, a victim of poor form coupled with atrocious luck. Before today, he had scored 236 from his previous 13 innings at a strikerate of 113 while averaging just 18. Including this game, he has two fifties from the the league stague of this year’s tournament.

KING FOR A REASON, KING OF ALL SEASONS.

Really happy to see our champ Virat Kohli is back in his ferocious form. #RCBvGT #TATAIPL pic.twitter.com/leaQ9kzwzq

Heck yes! This is the Virat Kohli I stay up all night to watch! He’s is on FIRE! Good opening partnership too here from the boys. 🔥 #RCBvGT

Kohli has middled nearly every ball after that shaky start with the edges, been a long time since we’ve seen that

Kohli's best innings in this IPL. Have thoroughly enjoyed it. Had some luck today, but given the kind of rotten luck he has had in some time, he deserves every bit of it.

Hope this is a start of a turn around for him.

I can give up almost half the worldly pleasures in a jiffy in exchange of watching Virat Kohli batting in full flow that too in an animated mood. 😭😭

‘Batting at No. 4 has curbed his natural instincts’ – Hardik Pandya hits 50 but Twitter disappointed with slow strike-rate
‘Kohli’s the story of the day, but Glenn Maxwell is MoM for me’ – all-round attack from Maxwell seals RCB win