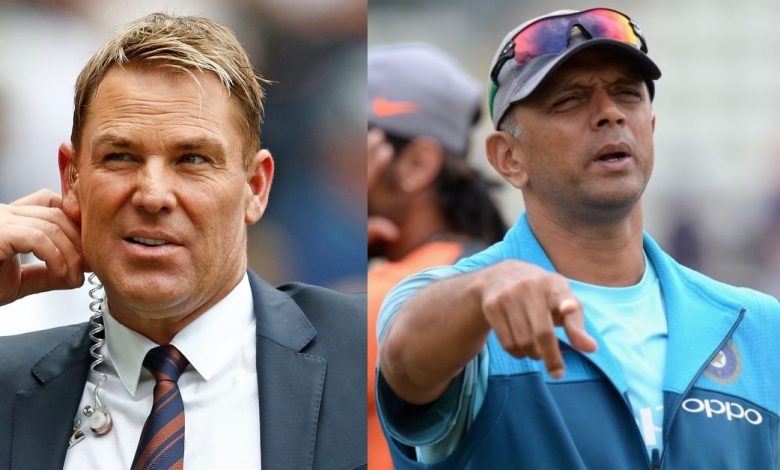 Shane Warne, the legendary Australian cricketer, passed away on March 4, 2022, as a result of a heart attack. In the cricketing world, Warne’s passing has left a tremendous gap, with current and past cricketers, who have played with and against Warne, paying their respects to the Australian bowling behemoth.

“It was an honour and a pleasure for me to compete against Shane Warne. But, more significantly, I have had the honour of getting to know him personally while also having the opportunity to play with him and alongside him as a teammate, and I believe it will be one of the highlights of my cricketing career,” Dravid said in a video released by the BCCI.

Shane Warne will be remembered for the rest of his life as long as cricket is played: Rahul Dravid

Rahul Dravid considers Shane Warne’s demise as his grief. Dravid continued by saying that Warne’s leaving has affected him and that Warne would be remembered for as long as the sport of cricket is still played.

“He would make you feel as though this was a personal matter even if you didn’t see him very frequently. We are experiencing a genuine sense of personal loss. The situation is quite distressing; it is tragic. The names of Shane Warne and Rodney Marsh will be remembered for as long as the game is played,” Rahul Dravid stated.

With 708 Test match wickets to his name, Shane Warne is Australia’s most productive bowler in the longest version of the game. The leg spinner is also the first Australian bowler to have taken more than 1000 wickets in international cricket, a feat that has been accomplished only by him.