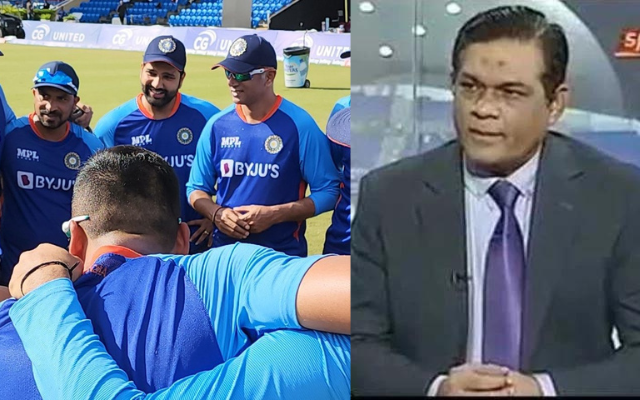 Rashid Latif, a former wicketkeeper for Pakistan, believes that the 10-wicket defeat that Team India suffered at the hands of Pakistan in the Twenty20 World Cup last year would still be weighing on their minds as they prepare to compete against the same opponent at the same stadium in the Asia Cup.

On August 28, the contest will take place at the Dubai International Stadium between the two teams. The competition will be played in a Twenty20 format, most likely to assist the sides in their preparation for the Twenty20 World Cup, which will take place in October.

On the other hand, Rashid Latif said that the Men in Blue would be focused on defeating Pakistan and winning the Asia Cup rather than worrying too much about what is to come, and he made this statement when appearing on YouTube channel ‘Caught Behind’ on Friday.

What did Rashid Latif say?

He said: “I really doubt that the World Cup would even cross their minds at this point. They are taking it one series at a time. Nevertheless, it is important to note that the teams are switching up with each new series. Their attention will be focused on the Asia Cup. The defeat at the hands of Pakistan did a significant amount of harm to the Indian squad, and as a result, they are working hard to recover from it.”

Latif believes that the conditions in the UAE will be ideal for Babar Azam’s team and that their victory the previous year may possibly offer them a tiny advantage.

In response to this, he said: “They are able to thrive in the environment of the UAE. India is committed to doing their best in the next match against Pakistan. They have been dominant in matches between both teams over the previous 20 years, but Pakistan triumphed by 10 wickets in the most recent contest between the two teams. As a result, a significant amount of preparation will be required.”

The team’s captain, Rohit Sharma, and coach, Rahul Dravid, have been doing a lot of experimenting with their playing XI as of late. They have benched a significant number of their veteran players in order to give younger, less experienced players a chance to show off their skills.

On the other hand, the 53-year-old is of the opinion that they will play Pakistan in the Asia Cup with a team that is as powerful as they possibly can be. Latif believes that the Men in Blue have a chance to win the tournament, provided that none of their key players get injuries.