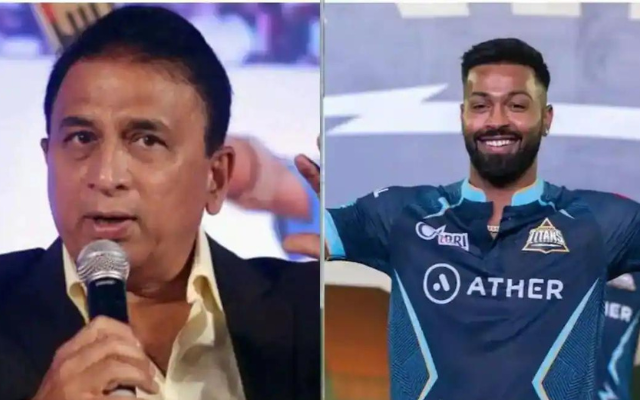 In the future Twenty20 Internationals (T20Is), according to Sunil Gavaskar, Hardik Pandya will be a game-changer for Team India. The all-rounder should even consider bowling with the new ball in a few instances, according to the former skipper of India.

After the Twenty20 World Cup in 2021, fitness concerns caused Hardik to be cut from the Indian squad. As a result of his all-around performances in the Indian Premier League 2022, including guiding his franchise to victory, the captain of the Gujarat Titans (GT) has been recalled to the Indian team for the Twenty20 International series that is now underway against South Africa.

During a conversation on Star Sports, Gavaskar said that Hardik is of tremendous importance to the Indian national cricket team. The former cricket player who is now a pundit said:

“I believe that he is going to be the one who changes the game for India more often than not in all of the upcoming matches, not just in the World Cup but in every match that India participates in, regardless of whether he bats at No. 5 or whether he comes into bowl at first change or second change. There are occasions when I actively look forward to seeing him use the new ball.”

During the Indian Premier League 2022, Hardik bowled a few overs with the new ball while playing for the Gujarat Titans (GT). However, given the number of alternatives with the new ball that Team India has at their disposal, it is quite doubtful that he would open the bowling for them. This is unless they are looking to get one over from the sixth bowler out of the way.

When Hardik couldn’t play for Team India because of an injury, the team’s equilibrium was undoubtedly disrupted. They experimented with batting all-rounders such as Venkatesh Iyer, but none of them were able to live up to the great standards set by the Baroda all-rounder.

‘You Will Most Likely Play The Same Team, Unless..’-Gautam Gambhir Reveals The One Condition In Which India Will Change Their XI
‘I Did Break Few Objects In the Dressing Room’- Shoaib Akhtar Recalls The Pain Of Losing The Semi Final Match Of The 2011 World Cup Match