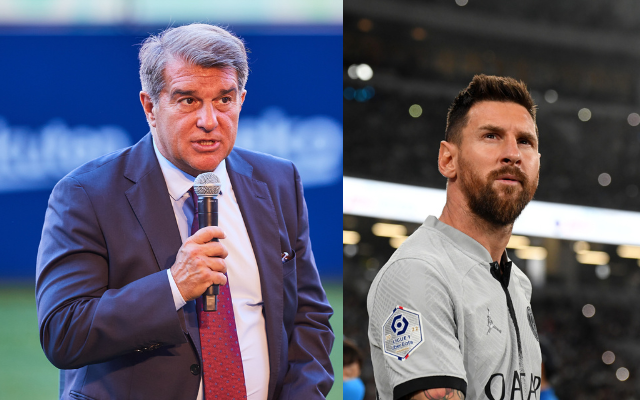 Following the unexpected news that he would be leaving Camp Nou in the summer of 2021, Lionel Messi has been the subject of heated discussion at FC Barcelona.

The outstanding player for Paris Saint-Germain is already in the mix to return back to Catalonia earlier this year, and Xavi Hernandez is interested in having him at his disposal beginning with the 2023–2024 season.

In light of this, it would seem that Barcelona has begun to mend their relationship with Lionel Messi to get him to play at Camp Nou once again in the next season.

According to Sergio A. Gonzalez, who broke the news, there seems to have been a recent thawing of relations between Lionel Messi and Joan Laporta, the president of Barcelona.

“This week they told me that there was a rapprochement between Laporta and Leo Messi,” says the journalist based in Barcelona (h/t Carpetas Blaugrana).

The journalist went on to suggest that Laporta is currently trying to re-establish the relationship between the two and offer more clarity to Messi over his departure from the team last year.

Although Messi’s first season at Paris Saint-Germain did not live up to expectations, the Argentine forward has gotten off to a strong start in the current 2022/23 season. This season, he has been involved in 14 goals and 11 matches that count toward the standings, most notably contributing to the formation of a deadly offensive tandem with Neymar and Kylian Mbappe.

However, his current contract at PSG is expected to expire at the end of the season, making a return to Camp Nou a distinct possibility. However, Barcelona is likely to face tough competition from some of the MLS teams, especially Inter Miami.

There is also the possibility that the striker may extend his time at PSG, particularly considering how well he has adjusted to life in Paris thus far this year.