‘There was room for both Sanju Samson and Rahul Tripathi’ – T20I squad vs SA announced, Twitter reacts 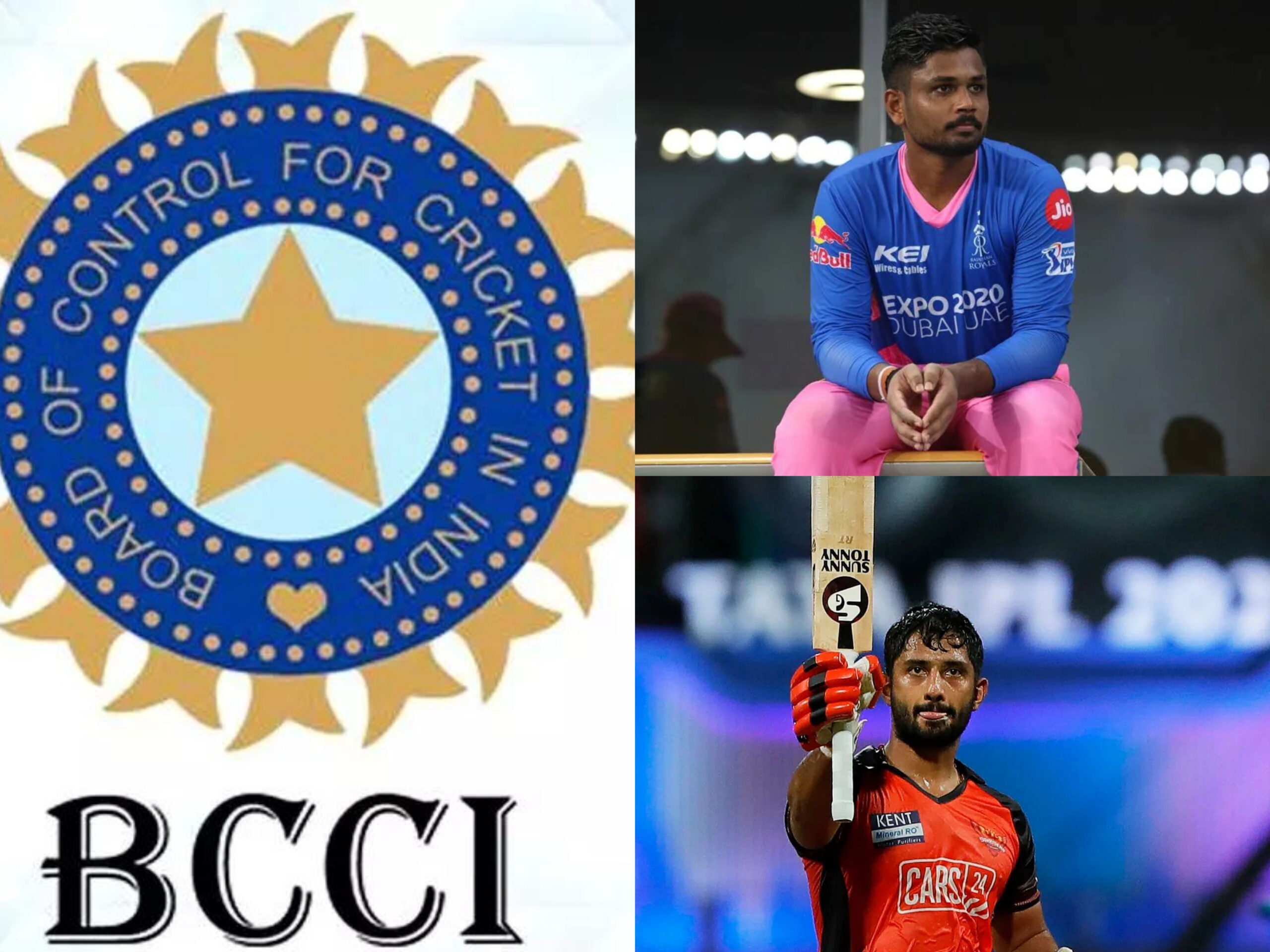 Sanju Samson and Rahul Tripathi have been left out of India’s squad for the upcoming T20I series against South Africa. BCCI announced their squad today, with the three senior players Rohit Sharma, Virat Kohli and Jasprit Bumrah being rested ahead of the  tour of England in July.

KL Rahul will captain the squad, while Rishabh Pant has been named as his vice-captain. Players like Ruturaj Gaikwad and Venkatesh Iyer, wo were selected earlier this year for the Sri Lanka series were retained in the squad despite their poor IPL seasons.

Selectors have granted an opportunity to Dinesh Karthik after his sublime form as a finisher for the ROyal Challengers Bangalore this year. Umran Malik also broke into the squad, after stunning the cricket world this season with his performances for SRH.

But the two most notable IPL performers this year have been ignored for the series, namely Rajasthan Royals’ skipper Sanju Samson and Sunrisers Hyderabad middle-order batter Rahul Tripathi. Samson was part of the squad that played Sri Lanka and batted only two innings, but was dropped. Samson’s unfortunate luck continues; in the seven years since he made his T20I debut in 2015, he has played just thirteen matches.

Meanwhile Rahul Tripathi had a wonderful season for SRH. He has scored 413 runs from 14 innings,  averaging 37 while batting at a strikerate of 158.

In the team, I had played around with in my mind, I didn't have KL Rahul and Rishabh Pant. I thought Tripathi and Sanju Samson would be in it. On Australian grounds, I still think Samson should be in a short list.

Feel for Rahul Tripathi and Sanju Samson, both deserve to be part of the T20 setup. Two of them have been showing very good consistency with healthy strike rate in IPL in the last few years – hoping both will be part of the Ireland T20 series.

There was room for both Sanju Samson and Rahul Tripathi in the T20I squad ahead of as many as three players imo. But they got overlooked as usual. Samson should have been there at least, if not Tripathi. It's not like they are one season wonder after all. #INDvSA

Want RR to win the IPL now with a Sanju man of match performance in final.

Thay would be apt reply.

Sanju Samson never got consistent chances in International Cricket especially in T20 Cricket you need a player like him. He is a kind of player who can hit sixes from first bowl he face and you need these type of players in T20 cricket if you want to win.